One of the missions of the traditional KO A LAS DROGAS event is to promote the values of social development and inclusion so that every young person who attends a sports space can have what they need.

Thus, Gilberto Mendoza, president of the World Boxing Association, visited the Ringo Boxing Club of San Francisco Solano, in the southern area of the province of Buenos Aires, led by the former regional champion of the entity and outstanding personality of Argentine boxing, Pedro Franco. Together they had a historical talk about those memorable times of the noble art.

Also, during the morning of Wednesday, June 22nd, the businessman Pedro Freire, together with Mr. Gilberto, Julio Thyme, Carlos Chávez and Alfredo Mendoza were present at the visit. The national deputy of the province Cristián Ritondo also accompanied and thanked the whole organization of the AMB for contributing to improve the conditions of the gym where a large number of children attend.

Trainer Pedro Franco was an active boxer from 1986 to 2003, and fought with world figures of the highest category such as the Danish Brian Nilsen or the Brazilian Adilson Rodrigues whom he defeated and won the regional heavyweight black and gold belt.

Franco was very grateful to receive headgear, bags, gloves and clothing to support his pupils in daily training.

Boxers ready and on weight for the first date in Argentina 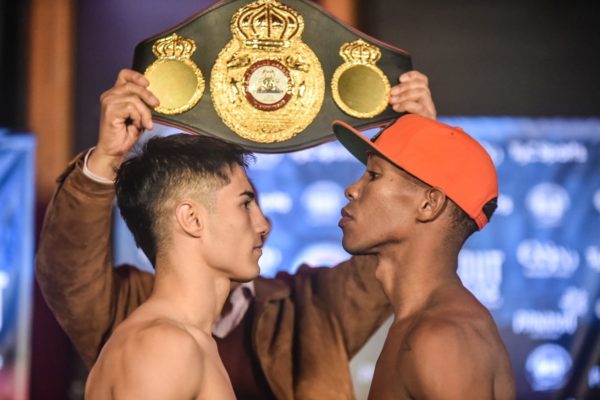