The World Boxing Association (WBA) Centennial Convention aims to analyze and face all the challenges of boxing today. One of them is the growth of women’s boxing and its continued expansion, and the presence of the great figures will be key from December 11 to 14 at the Caribe Royale Hotel in Orlando, Florida.

Franchon Crews Dezurn, Hyun Mi Choi and Amanda Serrano are the first three fighters confirmed to attend the 100th anniversary event of the pioneer organization, in a list that continues to grow and whose names will continue to be announced in the coming days.

Crews-Dezurn is the undisputed super middleweight champion and comes from defeating Elin Cederroos on April 30 to win all the 168-pound belts in a great show. Choi is the super featherweight champion and is looking forward to a great fight against Alycia Baumgardner in the near future, while Serrano is one of the most important fighters in history and one of those who have taken the sport to another level.

Other great fighters will be confirmed soon in a list that includes the best in the world and who will be at the convention showing how far the discipline has come and what’s next.

The Convention promises to be one of the best in history and will review 100 years of existence of the most important organization in the world while reviewing the present and the future of the sport. 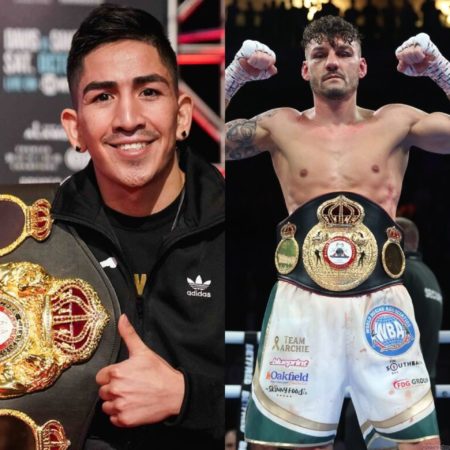