The World Boxing Association (WBA), through its Championships Committee, granted a period of 15 days to the teams of the Super Featherweight Champion, Leo Santa Cruz, and the Champion Leigh Wood, to reach an agreement and send the contracts to the organization; otherwise, the fight will be up for bidding on December 12 in Orlando during the Centennial Convention.

The WBA will grant this period to both fighters to confirm the fight, which is part of the plan to reduce world titles and that seeks to leave the 126 lbs. with only one champion.

Last April 6, the WBA sent an official letter ordering the fight between Santa Cruz and Wood. On July 11, TGB Promotions requested special permission for Santa Cruz to face Rey Vargas in unification, which was denied in order to order an auction between the Mexican and Wood.

Then, on August 12, TGB and Matchroom informed the WBA that they had reached an agreement and the purse bid was suspended. But on the 22nd of that same month they reported that they had an agreement for Santa Cruz to fight Vargas and Wood to fight Mauricio Lara, with the winners of both fights facing each other 120 days later.

The WBA gave the go-ahead to that agreement but on September 13 learned from the media that Wood suffered an injury and could not make the fight against Lara. The WBA requested the medical report to Wood’s team.

This report arrived on October 20, signed by Dr. Usman Rana, who said that the Briton should refrain from strenuous work with his left arm for a period of 4 to 6 to ensure a full recovery and avoid a relapse of the injury.

That 6-week period will expire next December 1, so the WBA championships committee carried out its analysis and considered that it is now time to restart the Santa Cruz-Wood negotiations. The 15-day period will be extended until December 7 and if there is no agreement by that time, the purse bid will be held at the Caribe Royale Hotel in Orlando, in the middle of the convention of the pioneer body. 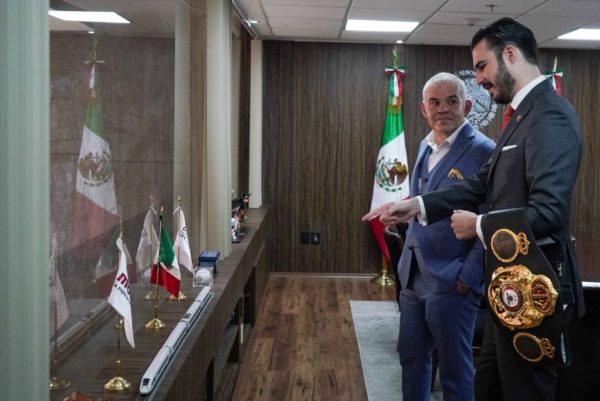