The bout will be broadcast live on DAZN and will be Yafai’s fifth defense of the WBA world title that he won back in December of 2016 vs Luis Concepcion at the Manchester Arena.

Yafai is coming into the fight having last defended his title against Israel Gonzalez, where he won a unanimous decision but some fans and media thought the fight was far more closely contested.

“It was just an off night for me,” said the champion, “I did not feel too good. It was a little weird going from fighting in arenas with a loud crowd to a much smaller room but no excuses – I should have been a lot better!”

As for his upcoming defense against Jimenez Yafai is not overlooking his opponent, saying that him and his team have watched the fighter from the Dominican Republic, stating “We know what we need to know about him in order to win at all costs.”

Yafai is ready to show a much better version of himself on Saturday, and looks to fight for the WBA super title down the road, “I love being the WBA champion! It is a beautiful belt and a great organization – I want that super title!!”

As for the number one challenger Norbelto Jimenez; on paper to some fans and media he may look like just another opponent but he is far from that as it is important to note that he has not lost a bout in over eight years, while he has slowly but steadily rose in the rankings fight by fight.

Jimenez started his professional career 2-8-1 in his first 11 bouts, but has since went 27-0-3 in his last 30 professional fights, keeping an undefeated streak over that eight year time span and having won the WBA Fedelatin and Fedecentro regional titles while fighting to a draw with the WBA World Super Flyweight Champion Kohei Kono in December of 2014.

Jimenez is coming into the fight having not fought for a year, however, with his last victory coming in June of 2018 when he scored a unanimous decision victory over Renson Robles. This will be first his first bout in the United States and second professional bout outside of his native Dominican Republic. 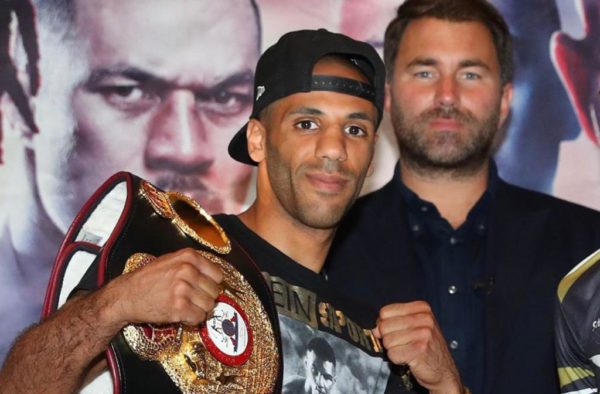