Last Monday, November 7, was the 52nd anniversary of Carlos Monzon’s coronation as middleweight world champion, the best Argentinean fighter in history, who with a lethal right hand in the 12th round of a fight scheduled to 15 rounds ended the reign of the Italian Nino Benvenuti, the fifth time holder of the Association and World Boxing Council belts at the Palazzo dello Sport in Rome, with an outcome that frustrated most of the 4 to 5 thousand spectators who filled the venue to cheer on the home idol against a challenger considered to be da

The battle of Rome unfolded with passages of violence and sideways skill with a clear advantage for Monzon on the judges’ and referee’s scorecards. One of the judges, Frenchman Aime Leschot, favored Monzon 109-105, a score equal to that of the other judge, Swiss George Gondre, and German referee Rudolf Drust.

After the 11th round everyone expected the fight to last the 15 rounds, but it did not. Seconds after the 12th started, Monzon backed Benvenuti up and took him to his corner. With Nino’s back to the ropes Monzon connected with a brutal right hand to the face and the Italian dropped to his knees. Drust started the count but stopped it at the 1’57” minute mark of the round.

The victory of the fighter nicknamed “Escopeta” (Shotgun), for the aim and power of his punches, generated a natural jubilation in his corner. Monzon, 1.81 meters tall and 193 centimeters long, was a cerebral and implacable puncher of great resistance, who did not make mistakes. So much so that the legendary trainer of Muhammad Ali, Angelo Dundee, said of him that he was the best exponent of the perfect boxer.

His number of 14 successful defenses is only surpassed in the division by the 20 of the still active Kazakh Gennady Golovkin and the 18 of the now retired American Bernard “The Executioner” Hopkins.

When he left the ring, he had left far behind the years of extreme poverty in a home where he was the fifth child. As a child he was a shoeshine boy and as a teenager he sold soft drinks, newspapers, milk, carried kilos of meat on his back, among other trades. He studied up to the third grade of elementary school to start working and thus help support the household.

He was ranked by Box Rec as the 7th best pound-for-pound fighter in history and The Ring ranked him 11th in the list of the greatest fighters of all times. In 1990 he was inducted into the International Boxing Hall of Fame in Canastota, New York. His longtime trainer was his countryman Amilcar Brusa, who took care of him from his third amateur fight until the end of his professional career, which began on February 16, 1963, with a KO2 over Jorge Montenegro and closed against Valdés 14 years later, when he was already 35 years old. Born in San Javier, Santa Fe, on August 7, 1942, he won 87 fights, lost only three on points (he took revenge for all three): with his countryman Antonio Aguilar, Brazilian Felipe Cambeiro, and fellow countryman Alberto Massi in August 63, July 64, and October 64, respectively. He completed the record with 9 draws.

After retirement he acted as a movie actor in several films of very little notoriety and had countless romances, among them a highly publicized one with former model and TV presenter Susana Jiménez.

After retirement he acted in several films, of very little notoriety, and had countless romances, among them a highly publicized one with former model and TV presenter Susana Jiménez. A few years later he married Alicia Muñiz, with whom he had a son, Maximiliano.

His well-known irascible temper got him involved in a turbulent altercation on February 14, 1988, Valentine’s Day. He came home with a few too many drinks, argued with Alicia, beat her uncontrollably and threw her off a balcony. He was sentenced to 11 years for simple homicide.

Seven years after his imprisonment (Benvenuti visited him several times and pleaded in vain for his freedom), on January 8, 1995, he left the prison on a special routine leave and, when he was on his way back to prison his car overturned spectacularly on Los Cerrillos Road when he was traveling at 140 km/h. His death was instantaneous. He was 52 years and 7 months old. More than 60 thousand people attended his funeral at the Santa Fe Municipal Cemetery.

Mitchell is ready to defend against Hughes on 11/26 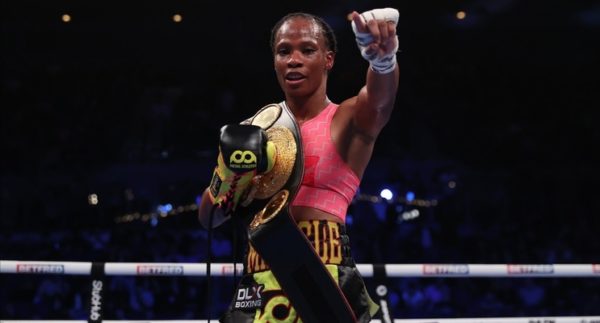