The World Boxing Association (WBA) Championships Committee ordered the start of negotiations between WBA Heavyweight Super Champion, British man Anthony Joshua, and the WBA-Intercontinental Champion, Russian Alexander Povetkin, to agree on a fight for the body’s belt at more than 200 pounds.

Povetkin won the right to be Joshua’s official challenger in December last year, when in an elimination fight he beat Romanian Christian Hammer by unanimous decision. In addition, he comes from beating Englishman boxer David Price by knockout. Moreover, the fact that he has already been world champion of the division and won a gold medal in the 2004 Athens Olympic Games, endorse the decision based on article 18 of the WBA rules.

The WBA Championships Committee took into account that the British boxer is a unified champion, who also holds the IBF, WBO and IBO titles. However, according to the rotation agreement, he must fulfill his mandatory commitments with the WBA.

The resolution was delivered to the parties on April 5th and they have 30 days, as of that date, to reach an agreement. Otherwise, the fight will be called to a purse bid.

Santa Cruz and Mares Kick Off Their Press Tour 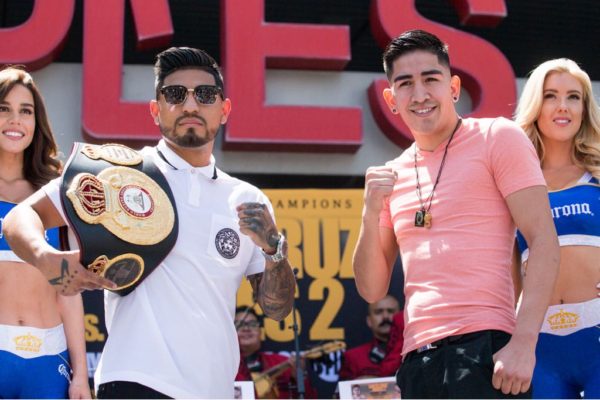