The World Boxing Association (WBA) and the MMA Colombia academy continue to create activities for Colombian and Latin boxing. This Monday, in the academy facilities in Medellin, a private training was conducted by the Venezuelan coach Jorge Zerpa who is the trainer of the WBA Fedebol Super Welterweight Champion Gabriel Maestre in addition to the president of the agency Gilberto Jesus Mendoza.

Several dozen fighters received the theoretical and practical teaching from Zerpa, who has been coach of world champions such as Edwin Valero and Jorge Linares and is currently the mentor of Maestre.

Among the attendees were practitioners from different disciplines who need boxing to complement each other as mixed martial arts fighters, as well as several pure boxers who enriched themselves with the knowledge provided on the day.

“I truly felt happy. I saw that these boys, men and women, have a desire to learn Olympic boxing. They are fighters who use kicks, elbows, but today I know it was a job they are not used to doing. I know they were left wanting more and I told them they are very receptive,” said Zerpa.

“I congratulate Gilberto Jesus Mendoza for the work he is doing in Colombia and hopefully he will take it to other countries. May the WBA agency, the best organization in the world, prevail” said the Venezuelan.

Mendoza gave a talk in which he talked about his plans for Latin boxing as he told different stories about the world of boxing and talked about his relationship with the fighters, especially with Maestre, who listened attentively to the side of the WBA leader.

“The idea is to share with the fans and the boxer in general. I cannot be president of a jacket and tie or be behind a desk. I need to share to know the needs of this sport. I think there is a lot of talent, there is work to correct. Something big is coming for Colombia, there is a big event on the way,” Mendoza said.

“We have pending the return to Colombia, which is to visit all the Departments and their leagues to do this type of activities. Our idea is not to compete with the Federation of Colombia, but to work hand in hand and help each other,” continued the president of the oldest sanctioning body in the world.

For his part, Maestre was also happy with the day: “I thank you God and Gilberto Mendoza for the invitation. It was a nice experience to share with these young people. I hope to return soon because this gym is excellent, it has everything you need to work, I congratulate you for this great space you have.”

Mendoza aims to grow Latino boxing even more and these types of initiatives are part of a well-planned program that has been gradually implemented for the progress of boxing.

There was also Jose Marquez, sports director of the MMA Colombia competition team, who thanked Mendoza and Zerpa for the enrichment of his pupils.

Those who participated in the activity who were not only fighters but also ordinary people who use MMA as an exercise and not for competitive purposes were very satisfied and happy to be able to share with characters of such experience thanks to the WBA. 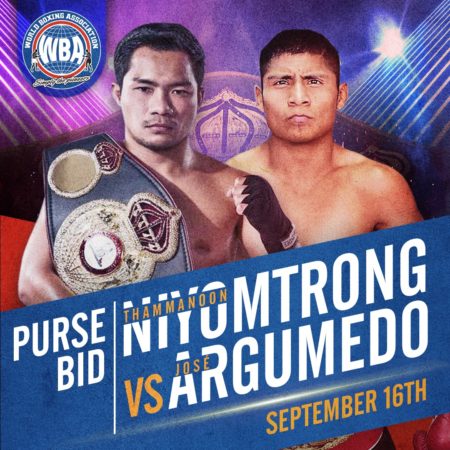