Las Vegas will be the epicenter of boxing this weekend. Two World Boxing Association championship fights will be held at Mandalay Bay this Saturday and the protagonists were present at the last press conference prior to the bouts.

The boxers of the stellar match were the ones who talked to the press and it should be noted that there was no face to face as Kovalev did not stay until the end of the press conference. The Russian only told Ward that he better be prepared and left saying that he had already talked a lot, and that the next place where he will speak will be in the ring.

Ward later spoke and said that despite his background and where he is from, he would never take the attitude of his rival and that a true boxer should face this type of situations.

Meanwhile, Rigondeaux spoke with the press about his challenger: “The Mexicans are warriors, I cannot say anything about the fight because you think it’s going to be one way and it turns out to be another way. So let’s fight, fight”.

Flores highlighted the level of the fight there will be in the ring. “It’s going to be a difficult fight, that’s why we are where we are. The best is fighting against the best and I just hope he stands up and fights”.

This Friday the weigh-in ceremony will be held and on Saturday all boxers will go in the ring for their bouts.

Zeuge and Smith ready in weight 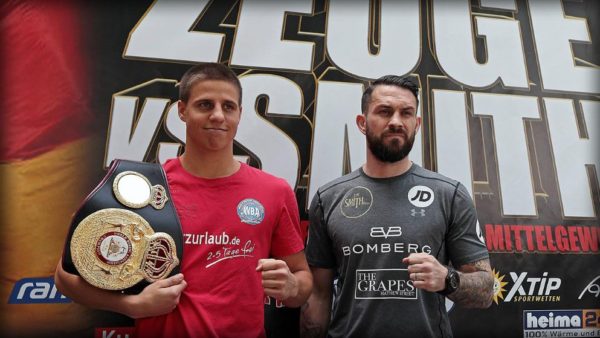