Brand had won all his fights, with the exception of a split decision loss to Badou Jack in 2012, but he had never fought at light heavyweight, let alone against a future Hall-of-Famer seven years his junior.

Under the circumstances, Brand performed admirably. He went the distance with Andre Ward. Ward couldn’t finish him off. Brand is a tough customer. But he’s not nearly as tough as WBA/IBF/WBO light heavyweight champion Sergey Kovalev (record), who Ward fights on a November 19 pay-per-view blockbuster.

“We knew this guy was going to be really, really hard to knock out,” said Ward about Brand. “He’s a veteran. People got to realize that when a guy with experience doesn’t want to get knocked out, it’s hard, and he’s throwing punches from crazy angles and has got nothing to lose. So I tried to press it. Didn’t get it. But it’s good to get the rounds.”

Andre Ward can be a tough sell. He is an acquired taste. He is too good for his own good. He makes boxing look easy.

Kovalev, the knockout artist from Ft. Lauderdale, Florida, by way of Kopeysk, Russia, may also be too good for his own good (we’ll have to ask Adonis Stevenson for confirmation). He generates excitement, unlike Ward, but like Ward is a thinking man’s fighter. “Krusher” will be looking for a knockout; it’s his calling card, the thing he does best. But Kovalev won’t be reckless. Ward will look to go the distance, putting those superior skills to superior use. He won’t be reckless either. Jim Lampley’s disclaimer prior to last night’s fight, about it not being up to HBO’s standards, was right on the money. Ward performed as Ward performs and he was exemplary as usual. Brand was wild, awkward, swinging for the fences.

I hear he had a great amateur career, but he’s not in the amateurs anymore.

Those who expect a slugfest when Ward fights Kovalev may go home disappointed.

Ward is too smart to trade if he can get away with it.

The same is true of Kovalev.

“You got to respect Sergey for the way he’s gotten to where he’s got,” Ward said. “He hasn’t had soft touches. He wasn’t protected. And he wasn’t really pushed by the media. He’s a guy who should get more credit than he has. The winner of the fight could possibly be pound-for-pound.”

“I’m looking forward to it,” replied Ward. “I want to be the light heavyweight champion of the world.

“I’ll see you in November.” 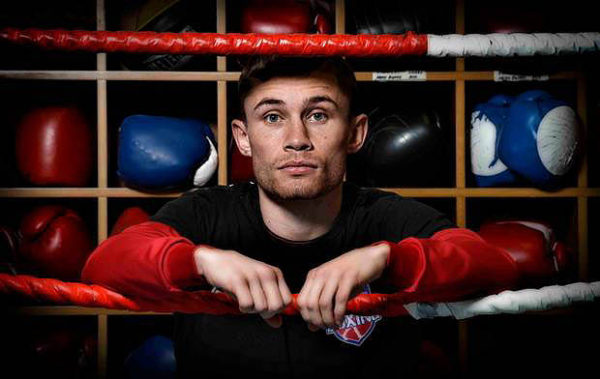