On Friday, August 12, the citizens of Belfast, Northern Ireland, open their arms in celebration of the return of Carl “The Jackal” Frampton to the Emerald Isle. Festivities will take place at Belfast City Hall and are scheduled to run from 6:00 to 7:00 pm with entry on a first-come, first-served basis.

Frampton’s historic performance against Leo Santa Cruz is still reverberating. Not only did he win the WBA Super World featherweight title, the same title his mentor and inspiration, Barry McGuigan, held in the mid-1980s. Frampton also became the first boxer in history from Northern Ireland to reign as champion in two different weight classes, an achievement not lost on his countrymen.

“I am honored that the city of Belfast is hosting a homecoming event for me,” said Frampton. “I’m a working-class lad from Belfast and I’m delighted that I’ll be able to celebrate my world title win with the people of this great city.”

The event has been organized by the City Council and Stormont’s Department of Communities. Those fight fans unable to attend the bout at the Barclays Center will be able to watch it on a big screen while Frampton, his family and friends talk boxing.

“The whole city wants to pay tribute to a fantastic fighter who is a role model Belfast,” said Lord Mayor, Brian Kingston, “not just for his sport but for sport in general and what it can contribute in life skills and opportunity.

“He is hard working, determined, focused and a first-class ambassador for Belfast. He never forgets where he comes from and often pays tribute to it and its people.

“At Friday’s event our people can pay their own well-deserved tribute to him—an extraordinary champion and an even more extraordinary man who has his roots firmly planted at home.”

Communities Minister Paul Givan said: “Through his historic win over Santa Cruz, Carl has once again put Northern Ireland on the sporting map.

“Thousands of boxing fans from here traveled to New York to witness his remarkable win, whilst tens of thousands cheered him on from back home. This is testament to the high esteem and affection that people have for The Jackal.” 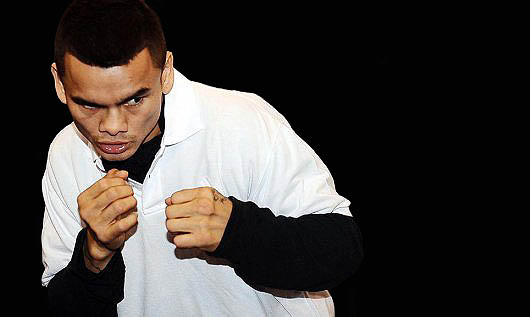