Yordenis Ugás was in a press conference with the president of the World Boxing Association (WBA), Gilberto Jesús Mendoza, to talk about his great victory over Manny Pacquiao and his confirmation as the Super Welterweight Champion of the pioneer organization.

The Cuban boxer talked with a large number of journalists who joined through the Zoom platform to have the opportunity to ask questions to the fighter, who is still celebrating his triumph last Saturday in Las Vegas.

“I have the anecdote when I saw you fighting for another organization years ago and I thought of how I wanted you to be WBA champion. Now, over the years you have achieved one of the most important victories for Cuban boxing in history, you made your quality count and I feel proud of how the WBA has historically supported Cuban boxing,” Mendoza told Ugas.

Ugas is still emotional when he asked about his fight last weekend. He knows he accomplished something big by defeating the Filipino but he also reaffirmed to the people what he is capable of and the quality of his boxing.

“I want to thank the WBA for giving me the opportunity and allowing me to show who the champion is,” he said.

“I think I represented Cuban boxing very well. Our boxing lives a good present and has a great future, although there have been few of us who have been able to fight professionally. I feel proud of this victory against a legend,” he stressed about his confrontation with Pacquiao.

When asked about the belt situation and everything that happened around him in the months leading up to the fight, when many fans were calling for Pacquiao to be reinstated as Super Champion, Ugas expressed everything that had gone through his mind.

“I know they have had to make different decisions and they have received criticism for that, I know they criticized them for doing the right thing. I thank them for keeping me as the Super Champion. Pacquiao makes five or six times more than me and they still made the right decision. Despite all the criticism they had, they gave me the opportunity to prove last Saturday that I am the champion,” said the 35-year-old fighter.

He was also asked about Pacquiao’s recent statements in which the 42-year-old southpaw hinted at the possibility of a rematch, a situation that Ugas likes.

“I think Pacquiao has proven to be a competitor and a warrior, a legend. If he wants a rematch I would be my pleasure, I’d be happy to give it to him. I think we would have more time to prepare. In Saturday’s fight there were no advantages as we were both in the same condition. We could make many adjustments and give a better fight,” he said.

Ugas is eager to move forward in what’s next for his career after making the first defense of his black and gold belt. The Cuban has always had to prove to the fans what he is capable of and wants to continue to move up the ladder in boxing. 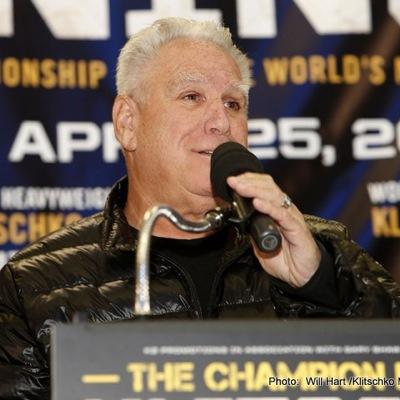