Yordenis Ugás and Abel Ramos held their last virtual press conference prior to their fight next Sunday. Both fighters spoke to the international journalists about the fight for the vacant World Boxing Association (WBA) Welterweight title at the Microsoft Theater in Los Angeles.

Ugás, who is in front of a great opportunity for a world title, talked about his preparation and his expectations for the fight.

“I have focused on the mental and physical aspects with my training in the gym to be in excellent condition”, said the Cuban boxer.

He is very aware of the challenge he will be facing with his rival, and spoke about the American boxer with great respect.

“This will not be easy. I know that Ramos will come very motivated and I can promise that the fight will be very exciting. My time to shine has arrived”, continued the Cuban boxer.

For his part, Ramos also showed with his words the respect he has for his rival and highlighted his desire to win the WBA black and gold belt.

“I am excited about this fight. I have trained very hard as it will be a difficult one. I know that Ugás is always ready and that there is a title at stake. Being a champion is every boxer’s dream. I am ready for war”, he assured.

Both fighters will go on the scales this Saturday to hit the 147-pound mark of the division and on Sunday they will fight for the belt in Los Angeles. 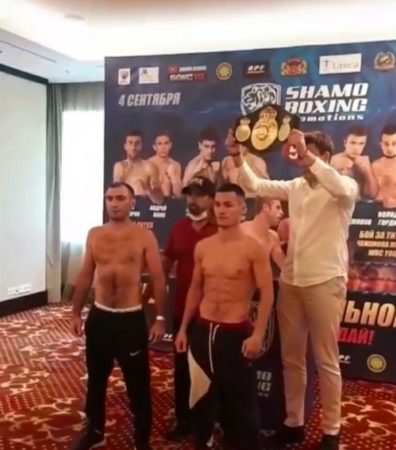