Uchiyama has held the title for five years. He won the crown by stopping defending champion Juan Carlos Salgado (21-0-1 at the time) in the 12th and final round, on January 11, 2010, and has defended 10 times.

He is a tough customer, but Flores, who is promoted by Havoc Boxing Promotions, believes Uchiyama is ready to be taken. He also believes he’s the man to do it.

“I’ve worked hard my whole life with the goal of becoming a world champion someday,” he said. “That time is now just a few weeks away. I’m very determined to show the boxing world and everyone in the super featherweight division that I’ve arrived.”

Flores has won five in a row since suffering a second round knockout at the hands of Miguel Berchelt, who is currently ranked WBO #1 and IBF #5.

“Uchiyama is the champion and he’s fighting in his backyard, which is going to be a difficult task to for me to come out victorious. But I’ve always believed that I would be a world champion and that reality will come true on December 31st.”

Rob Diaz of Havoc Boxing is no less optimistic than “Trombita.”

“We are thrilled to be representing another world champion in a high profile fight with Oliver Flores challenging Takashi Uchiyama for the WBA super-featherweight world title,” he said. “Flores is in great shape and we believe he has all the tools to come out victorious.” 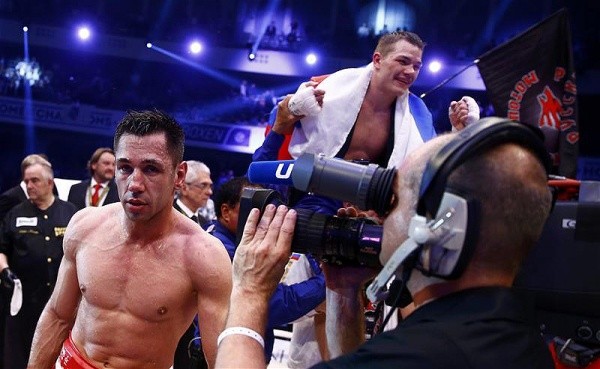