Their first meeting took place a year earlier on September 23, 1926, at Sesquicentennial Stadium in Philadelphia, Pennsylvania. Dempsey was coming off a three-year retirement. He had won the World Heavyweight Title in 1919, by destroying Jess Willard in three rounds, and successfully defended the crown five times. But in the intervening years, Dempsey had lost his legs, he had lost his edge, he had lost his killer instinct.

The first Dempsey-Tunney fight, “The biggest event in the history of sport” according to the New York Times, was a one-sided affair. Looking every inch like Gentleman Jim Corbett, Tunney landed at will and evaded Dempsey’s charges. Relying on nifty footwork and a high ring IQ, Gene raked Dempsey with hard punches to his body and blood-smeared face. At the end of 10 rounds, each of which went to Tunney, the fight was awarded to the new heavyweight champion of the world.

“I was slower than I thought, or Tunney was faster,” said Dempsey after the fight. “I was blaming the wet ring, but it didn’t bother Tunney. He glided around the ring like a great skater on ice.”

When Dempsey’s wife, the Hollywood starlet Estelle Taylor, saw her husband’s bruised and battered face, she asked what happened.

Jack told her, “Honey, I forgot to duck.”

Dempsey had lost his title. His return to the ring was a bust. He considered calling it a day. As Grantland Rice wrote about Dempsey’s performance, “He didn’t throw rabbit punches; he punched like a rabbit.”

But Dempsey couldn’t stay away. “I’m not dead by a jugful,” he said. “Because I was beaten doesn’t mean I can’t fight any more. These things happen. You have to lose a fight once in a while.”

Dempsey ended it with a knockout in the seventh.

According to the Associated Press, “Sharkey took the count of ten after going down from a vicious left hook to the jaw. The Boston sailor had claimed a foul blow to the mid-section just before the climax, but the referee, Jack O’Sullivan, refused to allow it and counted him out. Dempsey’s knockout victory, which sent the crowd into a delirious outburst, followed a slashing, slugging battle from start to finish. The former champion, staggered in the first round and groggy, came back to force the fighting and finally dropped his young rival.”

A reporter later asked Dempsey, “How could you hit Sharkey like that when he had his hands down and he was talking to the referee?”

Dempsey grinned. “What was I supposed to do?” he said. “Write him a letter?”

Tunney was a 7 to 5 favorite going into the rematch. There was plenty of hanky-panky preceding the fight, involving gangsters Al Capone and Boo Boo Hoff, and it was estimated that $10 million had been bet on the fight.

Yet the second fight was much like the first. “He was out-boxing Jack,” wrote Hype Igoe in the New York World. “Dempsey had some tricky shuffles away from Tunney’s lunging left, but when Tunney settled down to finer boxing, Dempsey became a mark. Until the seventh round. Then a thunderbolt came out of the sky.”

One minute into the seventh round, Dempsey caught Tunney with a long left to the jaw followed by an overhand right and a left hook. As Tunney was crumbling to the canvas, Jack landed an overhand right, two more left hooks, and a sweeping right hand.

Tunney was hurt and Dempsey knew it.

The referee, Dave Barry, told Dempsey to “Go to the farthest corner.” Dempsey disobeyed and said, “I stay,” giving precious seconds to the “weak and glassy-eyed,” in the words of Nat Fleischer, man on the canvas before him.

Eventually Jack went to the farthest neutral corner. The official timekeeper, Paul Beeler, shouted “Five!” but Barry began the count at “One!”

When Tunney’s head cleared and he struggled to his feet, the ref had reached a count of “Nine!” But 14 seconds, possibly as many as 18 seconds, had elapsed from the time Tunney hit the deck.

“Tunney took the count, whatever it was,” said Dempsey. “And that’s what any smart fighter would have done. In boxing, take what they give you.”

Tunney retreated and survived the round. A left-right combination dropped Dempsey in the eighth. At the end of the scheduled 10 rounds, Dempsey’s face was a bloody mess.

Gene Tunney had retained his title.

“The long count was one of the breaks,” said Dempsey after his appeals to have the decision reversed had been denied. “Tunney fought a smart fight. I’ve made a lot of mistakes in my life, but I’ve tried to tell the truth and I never alibi.”

Tunney had one more fight and retired. 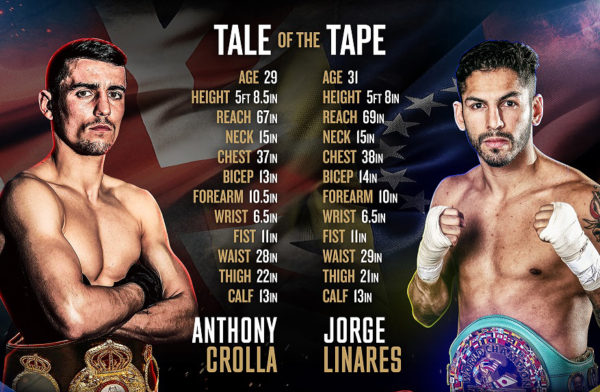