On September 24, 1953, at the Polo Grounds in New York City, World Heavyweight Champion Rocky Marciano (49-0, 43 KOs), the “Brockton Blockbuster” from Brockton, Massachusetts, fought Roland LaStarza (57-9, 27 KOs), the ex-collegian from the Bronx, a second time in Ring Magazine’s Fight of the Year.

Their first fight was on March 24, 1950, at New York’s Madison Square Garden. Both men were undefeated. LaStarza was 37-0. Marciano had won 25 straight. Marciano dropped LaStarza for a count of seven in round four. Marciano lost a point for a low blow in the eighth.

The final scores were 5-5, 5-4, and 4-5 after 10 rounds. The Rock won by a razor thin split decision. LaStarza almost defeated Marciano.

Marciano resumed knocking men out. He won the World Heavyweight title by stopping Jersey Joe Walcott on September 23, 1952, at Municipal Stadium in Philadelphia, Pennsylvania. Walcott was ahead on all three scorecards, 8-4, 7-5 and 7-4, when Marciano ended it with a right hand in the 13th.

Marciano and Walcott fought again, on May 15, 1953, at Chicago Stadium in Chicago, Illinois. Rocky was a 4 to 1 favorite and wasted no time getting to work. He knocked out Walcott in the first round, setting up the rematch with LaStarza.

In the rematch, LaStarza built an early lead which did not last. Marciano was deducted a point for a low blow in the sixth. A right to the jaw stunned LaStarza early in the ninth. In round 11 a four-punch combination, a left, a right, another left and a right sent LaStarza through the ropes. LaStarza was up at five and took the mandatory eight-count. With the crowd yelling “stop it, stop it” and Marciano unloading, the referee Ruby Goldstein waved it off.

Marciano had retained his title by TKO.

Life magazine wrote, “Trying to knock the challenger out with one punch, the 29-year-old Marciano was over-eager and awkward. He lunged, butted, hit below the belt, on the break and after the bell. Once, he swung so wildly that he missed and slipped clumsily to the canvas. Outboxing the champion and avoiding his blows, LaStarza managed to win four of the first six rounds. In the seventh, Marciano changed his tactics, started aiming at LaStarza’s body as well as his head in an attempt to wear the challenger down. He succeeded.”

The Associated Press saw the same fight: “Sliced around both eyes and bleeding from a cut on the bridge of his nose, the well-battered LaStarza took a tremendous beating in the last five rounds before Referee Ruby Goldstein wisely stopped the slaughter.”

Rocky said afterward, “I changed my style of fighting in the seventh round. I was behind … So instead of throwing my right so much I concentrated on hooks and combination punches.”

Marciano had upped his game in the three and a half years between the two fights. He was no more graceful, but he was more efficient.

“He may not be a great fighter,” wrote Damon Runyon, “but who licks him?”

“He’s a great fighter,” said LaStarza in his dressing room after the fight. “He hits harder. He hits more often. He has faster combinations. And he’s harder to hit himself.

“He’s definitely a better fighter than when I fought him before—5,000 percent better.” 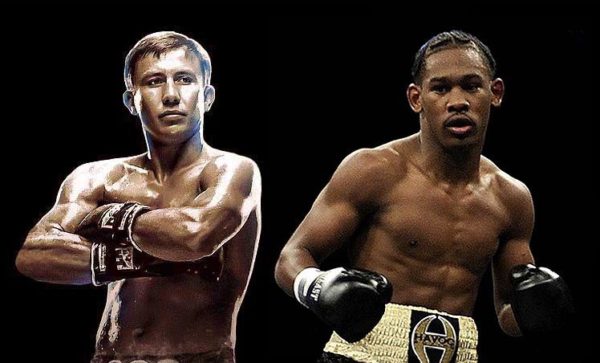