“What could be better than walking down any street in any city and knowing you’re the heavyweight champion of the world?”—Rocky Marciano

On September 17, 1954, at Yankee Stadium in Bronx, New York, Rocky Marciano (46-0), from Brockton, Massachusetts, successfully defended his World Heavyweight Title by knocking out former NBA Heavyweight Champion Ezzard Charles (85-11-1), from Cincinnati, Ohio, in the second of their two fights.

Their first fight was on June 17, 1954 and went to the judges after 15 rounds with Rocky winning a close decision. The rematch took place three months later.

Charles kept Marciano at bay in round one. The champ dropped Charles in the second with a big right hand. He was up at the count of two and made it through the round, but he ate another right at the bell.

Marciano was relentless. Working the head and body, hitting anything and everything within reach, he was the essence of raw determination.

In round six the “Cincinnati Cobra” caught Marciano with an elbow that split his nose in two. Ahead on the scorecards but bleeding profusely, Marciano’s face looked “like a Halloween mask.”

“The Rock” was undeterred. He had Charles in trouble in the seventh and dropped him a second time in the eighth, before landing six unanswered punches that deposited him on the canvas a third time. Charles failed to beat the count and Marciano was declared winner and still champion at 2:36.

“Ezzard Charles was the toughest man I ever fought,” said Marciano after the fight. “I learned what pain was all about when I fought him.”

Ring Magazine named the bout Fight of the Year. 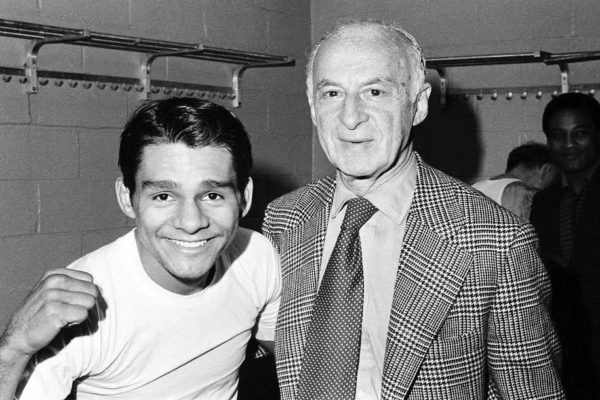