The highly anticipated matchup will be featured on FOX pay-per-view via Premier Boxing Champions at the MGM Grand Garden Arena in Las Vegas, Nevada and both workouts received great attention, as Thurmans media workout was held at St. Pete Boxing Club and Pacquiaos was held at Wild Card Boxing Club in Los Angeles.

Longtime WBA Champion Thurman is coming into the fight after a long layoff that was broken in January when he fought Josesito Lopez in a thrilling fight where he earned the majority decision victory.

“It’s really good for me to have this momentum back,” said Thurman to the media, “This is the first time in four years that I have fought twice in one year and it’s not just twice in one year, it’s twice in almost six months. I’ve taken the momentum of getting the dust brushed off of us in January against Josesito Lopez.”

Thurman truly believes that this is his moment to shine, telling the media “I’ve always told everybody since the day that I was first on TV. I called out the world champions then. They didn’t know who Keith Thurman was, but I was trying to let the world know that Keith Thurman belongs at the top and now the world is finally understanding why.”

Thurman may have offered some insight to the media in attendance on his game plan for the fight, saying “I bet none of Pacquiao’s sparring partners were going at his body. Keith ‘One Time’ Thurman is going to touch the body. I want to know how he reacts.”

Thurman also boldly predicted a knockout of the iconic Pacman, “My prediction? Less than six rounds. I would love to be 30-0 with 23 knockouts. We’ve got 22 and we’ve held those 22 knockouts for a little too long. It’s time to get one more knockout.”

Pacquiao, on the other hand, is very hard to play mental games with at this point in his career, saying “The more Thurman talks, the more it will help me. His words are motivating me and encouraging me to work even harder day after day.”

As for Thurmans performance in his last fight against Lopez, the stately Pacman brushed off the rusty performance by the WBA Super Champion “I’m not taking too much from Keith’s performance against Josesito Lopez. We understand he was coming off of a layoff. I know that he’s not going to take me lightly. I expect him to be 100% in the ring.”

As for a prediction, Pacman was not as bold as Thurman, but did offer up “It’s going to be another page of my story on Saturday, July 20. There’s a big chance that this fight is not going the distance. I’ll be prepared, but I’m thinking it’s not going 12 rounds.”

Thurman will be entering the fight with an unblemished record of 29-0 with 22KO’s while Pacquiao will be coming into the ring with his impressive record and resume of 61-7-2 with 39KO’s. 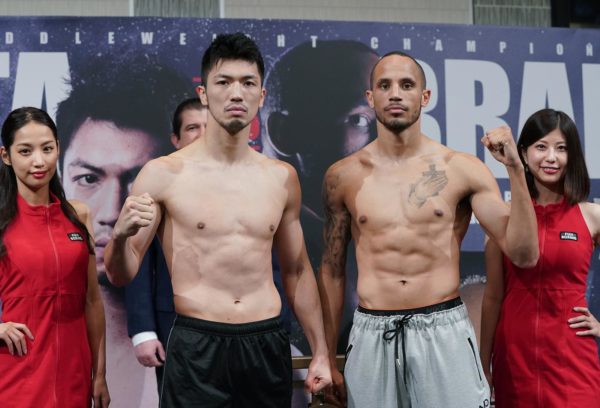