Michael Spinks (31-1, 21KO’s) became one of very few men to rise from being light heavyweight champion to heavyweight champion.  Michaels resume at light heavyweight was an astounding one with wins over Dwight Muhammad Qawi, Eddie Mustafa Muhammad, Yaqui Lopez, David Conteh and more.  After conquering the light heavyweight landscape he went up to the heavyweight division where he scored an amazing upset win over Larry Holmes in 1985, giving Holmes the very first loss of his career in his 49th professional fight.  This win made Michael and Leon Spinks the first brothers to win heavyweight world championships.  Michael would win the rematch against Holmes and go on to fight Gerry Cooney and Mike Tyson.

Leon Spinks (26-17-3, 14KO’s) is often overshadowed by his younger brother Michael but Leon was much more than a mercurial character in boxing.  Michael and many others from Bob Arum to Butch Lewis agree that Leons boxing ability was something very special all in itself.  He was a natural in boxing from day one that when in his prime while focused was “unbeatable” by many accounts.  Leon is best known for his huge upset win over Muhammad Ali in 1978 in only his eighth professional fight.

Richie Sandoval (29-1, 17KO’s) won the World bantamweight title in 1984 from International Boxing Hall of Famer Jeff Chandler.  Richie was a decorated amateur, being a silver medalist in the 1979 Pan American Games.  He now works for Top Rank and resides in Las Vegas as a fixture of the boxing community.

All in all the 2017 NVBHOF 5th induction class and ceremony was a hit and success once again at Caesars Palace.  It has a hint of show-business to it that sets it apart from the International Boxing Hall of Fame.  All you have to do is take a look at the memorabilia in the auction to see the stark contrast between the two.  At any rate both are a lot of fun to attend. 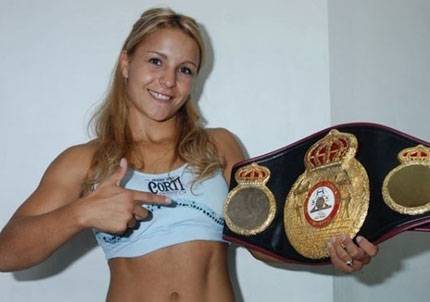