Darley Perez did not accept paramilitary’s offers in Uraba. Today he is the world champion.

“I take my boxing … I’ll do better … Someday I have to be someone in life …”.
At dawn on Sunday June 29 last, in his hotel room, Darley Perez recalled those words spoken to his childhood friends long time ago in San Pedro de Uraba (Antioquia).

Amid congratulations, hugs, autograph signing and posing for pictures, since he got out of the ring at the Sheraton Hotel Santo Domingo (Dominican Republic) as the new interim lightweight champion of the World Boxing Association (WBA), his mind had no room for anything else.

In interviews with the press he devoted his ample victory by unanimous decision of the judges over the Dominican Argenis Lopez for the vacant title, to two dead people who contributed to her career as a sportsman: Manuel Garces and Billy Chams.
‘Mano’, as he called Garcés, was the person who supported him when he was a bare footed child on the hot streets. In addition, with personal effort, organized the ninth bout on September 12, 2009, and he knocked Evaristo Tordecilla on the very first round. The purpose: that San Pedro de Urabá saw its professional star son in action.

Chams supported him, even with travel expenses higher than those given by the Colombian Olympic Committee since he met him during a Junior National Boxing Tournament in 2007 in London, where he was concentrated with the Colombian team. He projected his career, from his debut on February 14, 2009 in Puerto Colombia (Atlantic), because he wanted to see him as an idol and a world champion.

Those last two words, world champion, that his manager who died last March, repeated him were still fresh in his memory, in the solitude of the hotel room in Santo Domingo, while packing his suitcase for the victorious return without sleeping. He recalled he repeated the same words to the paramilitaries prevailing in Uraba when they invited him to join the ranks. “You are broke (no money), with this boxing …” they said. “If you go with us, you’ll get paid a salary, and it’s not dangerous …”. But he preferred to remain in the gym.

The call 4 years ago
Darley’s title went unnoticed in Colombia, because it happened on a Saturday night when the country celebrated the 2-0 victory over Uruguay, with the fantastic goal made by James Rodriguez at the Maracana in Rio de Janeiro, Brazil World Cup 2014.

However, amid the football atmosphere on Friday July 4, with the expectation for the crucial game against Brazil that same afternoon for a spot in the semifinals of the world, San Pedro de Urabá made a pause at noon to received his world boxing champion.
On the way, Darley saw happy people, but, once again, he felt his friends and relatives enrolled in paramilitary ranks were missing. He wished they would have enjoyed that moment with him, although he would never see them: they died violently.

He specially missed seeing one to hug him: his younger brother and former boxer Harrinson Manuel, who after the military service was waiting for a call to become a professional military, chose to go with the paramilitaries. And was murdered.

This time, Darley had arrived to San Pedro on Saturday, after a fight the day before when he knocked out in two rounds the Venezuelan Erwin Romero in Puerto Colombia, when he rang the phone. It was the following Tuesday.

They asked him if he knew a person he believed was his uncle Luis Manuel. Then they clarified that it was Harrinson Manuel. And, when he answered it was his brother, he heard the saddest news of life:
“I am calling you to let you know that he was killed a few days ago,” the stranger said and hung up.

Darley found out that it was in San Pablo, south of Bolivar. He decided to look for the body, but his mother, Nancy, in pain, opposed with a strong statement that the world champion still recalls: “I lost a son, and I will not lose another.”

“I never recovered the body. He was 20 years old. I learned later that in that opportunity about eight boys died and they were all thrown to the Magdalena River,” says the right guard fighter.

What Darley does not know is that early Sunday June 29, when he recalled the words spoken to his childhood friends during the celebration for the world title he won ​​in Dominican Republic, was the fourth anniversary of the day he received the shocking news on the phone.

Son of San Pedro
Darley Gregorio Pérez Ballestas was not born in San Pedro de Urabá, but in Acandí (Choco) on September 14, 1983, as the third of seven children of Rosendo and Nancy. Nancy’s parents lived in Acandí. But the baby stayed there only for a month.
His parents settled in Puerto Rico Mulato, municipality of Turbo, where they lived well in a farm. But violence forced the Pérez Ballestas family to abandon it and shelter in San Pedro de Uraba, where he arrived in 1993 that is why he feels son of San Pedro. He has never returned to Acandí.

He practiced football, but because he was bothered at school he started boxing in 1997, with former boxer Donaldo Ortega, better known as ‘Puppy Lora’, now deceased. His father objected, and two months later re represented San Pedro and stayed in that sport. Those were the days of the American Oscar de la Hoya. “I want to be like that man,” he thought.

The father left home and all the weight went to the mother, who worked in a hotel. Darley, who lived between studies and the gym – with Jesus Lucas, who based it on a rustic gym-, helped with some money in the house, washing cars and looking for customers for the buses at the terminal on weekends.

Slowly, he ascended in boxing, polished by Abelardo Parra, a coach from Antioquia who worked in the Center for High Performance in Apartadó. The victory announced in November 2003, in Cartagena, took place during National Senior Tournament, beating the Barranquillan Likar Ramos newly crowned Pan American champion and first Colombian to qualify for the Olympic Games in Athens, 2004.

Then he entered the Colombia team, winning gold at Bolivar, South American and Pan-American level, the latter, in 2008 in Ecuador, where he defeated the Cuban Yordenis Ugas, his executioner twice. He was ranked fifth in 2007 Chicago World Tournament and Beijing Olympics. With six national titles and almost 300 fights, he turned pro.

With the experienced programmed by his manager Billy Chams, seven fights in the United States between the end of 2010 and August 2012, he failed the first world opportunity, in June 2013, in Montreal (Canada) against the Cuban Olympic gold Yuriorkis Gamboa, who, in his own words: “I respected very much”.

In the Dominican, the father of four children -the latter two with Dayana López, whom he lives with in Barranquilla-, wants to resume university studies (he left the fourth semester of business administration), he fulfilled his goal of being world champion in his 31st fight professional (with record 30-1, 19 KOs).

Now, he wants to defend his belt with the best of the world, while he is asking the State of San Pedro de Urabá for more attention for his people, where 30-40 children are lacking a boxing gym. “There are no youth opportunities and the temptation is always bad,” says Darley, who managed to dodge the paramilitaries and today is a proud somebody in life: a world champion. 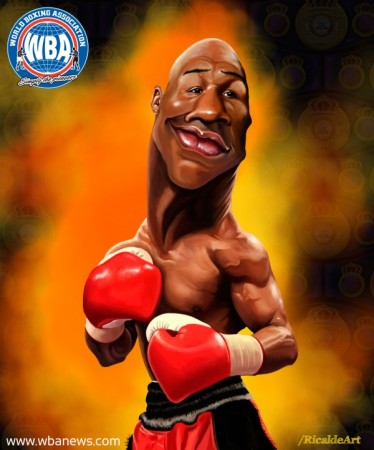