The World Boxing Association (WBA) invites to an online press conference on Wednesday at 10:30 a.m. (Colombia Time) to present the book “Todos somos culpables”, by Colombian author Alberto Agámez Berrío, which has the support of the pioneer organization.

Below you will find the links to the press conference through GoToMeeting.

The book, that will come out on digital first, talks about the life of former champion Tomás Molinares and his experiences in and out of the ring. It relates moments of his active career and his retirement.

Wednesday July 29th marks the 32nd anniversary of his controversial victory over Marlon Sterling and the famous blow on the edge of the bell where the WBA had to step in to ratify the victory of the Cartagena native.

The press conference will be held via GoToMeeting and it will be a great opportunity for the members of the press to interact with Agámez and to ask about the book and his extensive work on boxing and sports.

Gervonta-Santa Cruz for the WBA Super Featherweight and Lightweight titles 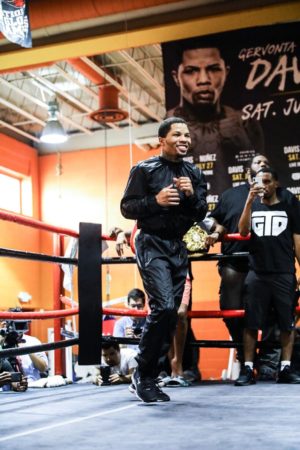