Gervonta Davis and Leo Santa Cruz will step into the ring for all or nothing on October 24th at the Mohegan Sun Casino in Connecticut. The bout will put at stake the World Boxing Association (WBA) Lightweight belt held by Davis, in addition to the Featherweight Super Championship held by Santa Cruz.

The fight will have a weight limit of 130 pounds despite having both belts at stake and the winner will reign in both divisions. This fight has been cooking for months and was delayed because of the pandemic, but it was recently scheduled for the tenth month of the year, which is one of the most important and interesting events of the calendar so far.

Gervonta will have to go down a division after a fight at 135 pounds and will try to regain his former title at 130 pounds.

As for Santa Cruz, he is facing a historical opportunity. The Mexican is WBA Featherweight and Super Featherweight Champion, so the victory would give him a third simultaneous title. On the other hand, he also hopes to win the fifth crown in a fifth different division and join a select group of fellow countrymen.

Davis is southpaw, fast, and has a good punch. He will be facing “Famoso Terremoto”, a fighter who never runs away from the action, has an impressive volume of punches and has a stamina like very few in the sport.

32 years since a right to Starling’s chin 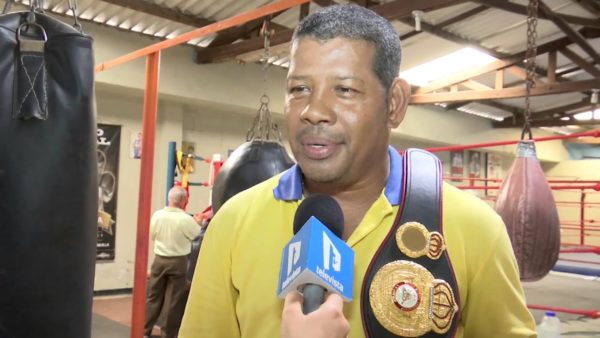