Twenty-eight-year-old Mosquera is a 10-year pro (21-2-2, 14 KOs, 2 NCs) who won the WBA Fedelatin super lightweight title by decisioning William Gonzalez in April 2009. “Metralleta” fought Brunet Zamora in October 2011 for the interim WBA World super lightweight championship, the bout resulting in a draw. He won the vacant WBA Fedelatin super lightweight title by decisioning Miguel Callist in July 2012. Mosquera most recently fought in November 2014, kayoed by Sammy Vasquez in the first. He last won in February 2014, knocking out Fidel Monterrosa Munoz in the fifth.

Thirty-one-year-old Figueroa turned pro seven years ago (8-2-3, 3 KOs). “Fino” won the vacant WBA Fedecaribe super lightweight title in February 2014 by decisioning Augusto Pinilla. Undefeated since November 2012, when he was decisioned by Darleys Perez, Figueroa most recently fought this March, decisioning Isaias Valencia in the second successful defense of his title. Though twice on the losing end, the Venezuelan has yet to be stopped. 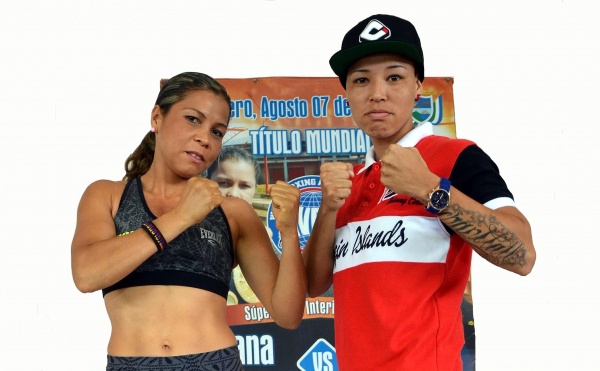