Yinhuan Su and Suriya Kraimanee will step into the ring this Wednesday at the SpacePlus Arena, Bangkok, Thailand, to dispute the World Boxing Association (WBA) East Asia super flyweight belt.

Both managed to stop the scales below the 115-pound limit and the bout was approved as one of the most interesting of the evening to be held in the Thai capital.

These are two fighters who want to move up in the boxing world and will have a good opportunity to do so in this bout. Su comes from China with the intention of winning his first international fight and put his career on the right track.

For his part, Kraimanee will be at home and is an 18-year-old boxer who has been going from strength to strength in his career. He has faced experienced opponents and now wants to capitalize on all that learning in the most important fight of his career so far.

The fight will be part of the evening that will have Tuolehazi and Kimura disputing the WBA international title as the main event, organized by Max Power Promotions.

Tuolehazi and Kimura ready and on weight in Bangkok 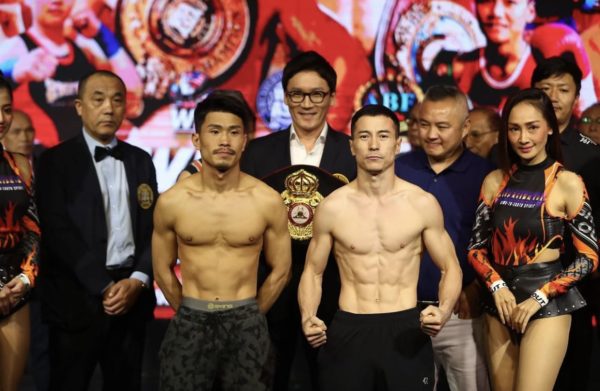