Eimantas Stanionis was one of the most outstanding fighters of the week thanks to his victory over Radzhab Butaev to win the World Boxing Association (WBA) welterweight championship at the AT&T Stadium in Arlington, Texas.

The Lithuanian stepped into the ring for the most important fight of his career so far. He was facing an undefeated opponent and reigning world champion as Butaev, but he made an excellent fight in such an important evening as this weekend.

Stanionis showed order, hand speed, precision, and good technique, which were enough to solve a fight that was not easy at all and to impose himself to an opponent that surpassed him in height and reach.

The European had already fought several fights in the United States and many fans had witnessed his quality but doing it in this card allowed him to be seen by more people and become better known, which will help him to get opportunities against the best in the category.

Stanionis is one of the most exciting young talents in the division and now his name is ringing loud and clear.

Errol Spence is the man to beat at welterweight 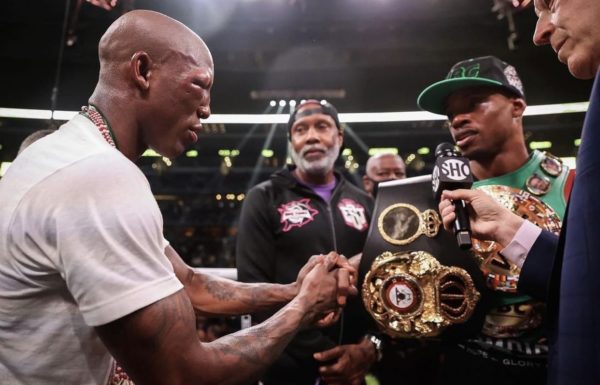