The AT&T Stadium, in Arlington, Texas, was the venue that saw the first Lithuanian achieve such a feat and bring glory to his country with a great performance on American soil.

Stanionis had a great amateur career and since turning pro he has continued to be a great fighter who has taken advantage of every opportunity that he has faced and is a threat to anyone in the 147-pound class.

Stanionis met with WBA President Gilberto Jesus Mendoza days after his victory and talked with the press. There, Stanionis said he was proud to wear the black and gold belt and to be the first Lithuanian to become a world champion.

He assured that he is aiming for more and now wants the biggest challenges that can come his way. Stanionis’ motivation has grown as well as his skills that have brought him to where he is, which makes him a very dangerous fighter.

The WBA awarded an Honorable Mention this month to Stanionis and is very proud to have him as a champion, as well as having done his bit for Lithuanian boxing to continue growing and taking spaces in the world arena.

Canelo arrives on a strong for his fight against Bivol 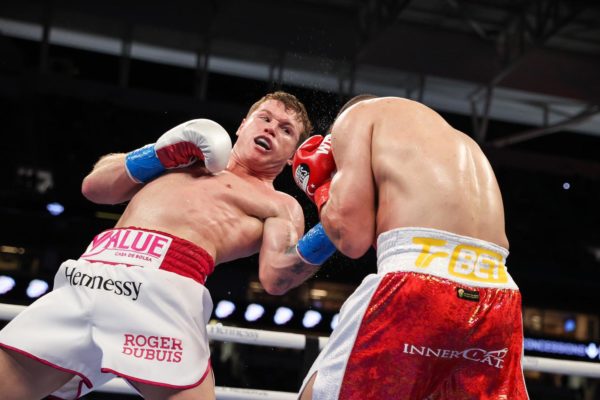