The fight took place at the Echo Arena in Liverpool, England and was broadcast live on Sky Sports and DAZN. The fight was Smiths second defense of the title he won last September when he beat George Groves in Saudi Arabia in a career defining fight for the Englishman.

In the early rounds against Ryder, both men were happy to just get a look at each other, with Smith keeping Ryder on the outside with his serious height and reach advantage. Smith got his jab going while Ryder was looking to work his way inside whenever he could.

Throughout the fight Ryder was having success pushing the champion back into the ropes at times, as evidenced by Smith’s back being covered in red rope burns. Smith also suffered a cut above his right eye in the fourth round.

It took until nearly the middle rounds for the champion to finally opened up with more power punches. Ryder had great head movement, which was causing Smith to miss many of his shots.

The rounds were very close overall, and in the championship rounds Ryder was pushing Smith back into the ropes, smothering him so that the champion could not get his shots off while looking very tired.

Despite the great rally by the challenger in the championship rounds, the judges had deemed that Smith took too many early and middle rounds to be overtaken late. They had him clearly ahead by wide margins despite many of those rounds likely being arguable as to the winner.

Figueroa and Ceja fight to a draw 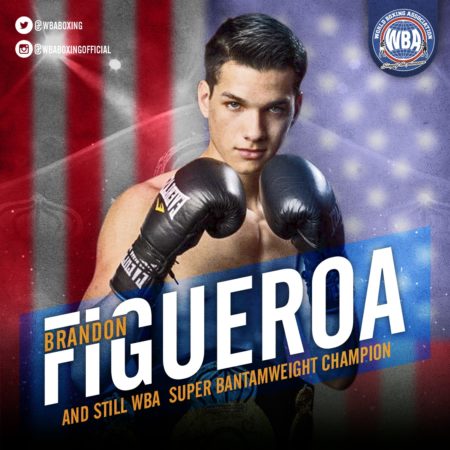