The fight took place at the MGM Grand in Las Vegas, Nevada and was broadcast on FOX Sports PPV. The WBA title bout was a part of the card that made up the heavyweight fight featuring a rematch between Deontay Wilder and Luis Ortiz.

Leo Santa Cruz was entering a new weight division for his showdown against Flores, and in winning became only the fifth Mexican to win a world title in his fourth weight class, which was a truly monumental achievement as he joined the likes of Julio Cesar Chavez, Juan Manuel Marquez, Jorge Arce and Saul Canelo Alvarez/

Santa Cruz was in control for the vast majority of the fight, as he boxed Flores who was mostly looking to score punches from the outside and staying away from engaging Santa Cruz – who is always willing to mix it up in his fights.

Can Xu continues as WBA Champion with big win over Robles 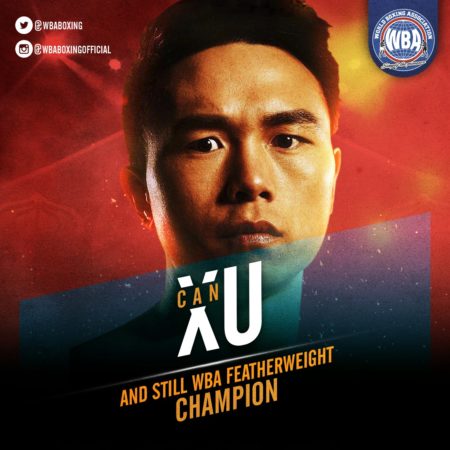