California will be buzzing this coming weekend thanks to the presence of World Boxing Association (WBA) featherweight champions Leo Santa Cruz and Abner Mares. The Mexican-Americans will defend their crowns in separate bouts at the StubHub Center in Carson in fights that are expected to produce fireworks.

Santa Cruz (33-1-1, 18 KO’s), the 126-pound WBA super world featherweight champion, will face American veteran Chris Avalos (27-5, 20 KO’s). After his two hard fights against Carl Frampton, “El Terremoto” (“The Earthquake”) will be trading leather with a seasoned veteran that is looking to get an upset.

Mares (30-2-1, 15 KO), who is the WBA world featherweight champion, will be fighting Mexican Andres “Jaguar” Gutiérrez (35-1-1, 25 KO).  For Mares it will the first defense of his belt after winning it last December against Argentinian Jesus Cuellar by split decision.

Both bouts are great matchups in the doubleheader card from Carson that will be deciding the future of the division for the WBA featherweight champions. 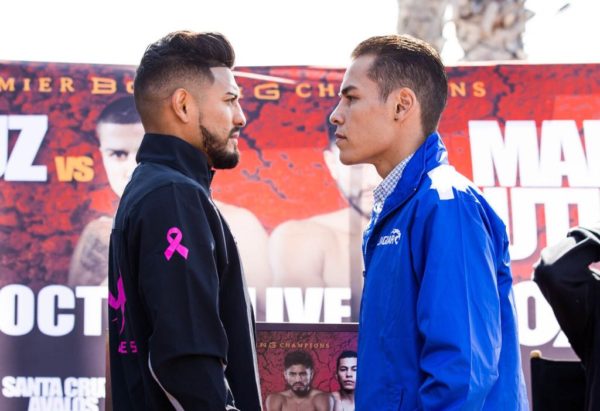