The final press conference took place at Whiskey Red’s in Marina Del Rey, California, for WBA featherweight super champion Leo Santa Cruz and WBA featherweight world champion Abner Mares. The Mexican-Americans will defend their crowns in separate bouts at the StubHub Center in Carson in fights that are expected to produce fireworks.

Both fighters are ready for action and eager to show themselves on FOX/FOX Deportes under their Premier Boxing Champions banner as the fights are televised before the Showtime bouts, starting at the slightly early time of 5PM Pacific (PST).

Abner Mares started off by talking about being at a restaurant while being very hungry on the verge of weighing in tomorrow, saying “The last place a fighter wants to be at right now is a restaurant, come on.”

Past that wisecrack he is simply ready to fight.  He knows that his opponent, Andres Gutierrez, is a good fighter and coming to win.  Mares added interesting potential insight to his opponents mindset, offering up “Gutierrez is coming to win for his first world title shot so all we did is hard training, lots of hard training.”

He may have a good point in that it is certainly a low risk-high reward scenario for Gutierrez in this one because of the fact that this is the first world title opportunity for Gutierrez and he has a lot to gain and less to lose than the man holding the title.

“These fighters are the most dangerous ones because they have no fear, nothing to lose and everything to gain.”

Leo Santa Cruz then took a lot of time to thank people that helped to get him to where he is at now throughout his career.  In particular he wanted to thank his father, who has cancer but still makes his gym visits.  “He still goes to the gym every day to support me. I feel great when my father is at the gym to support me.”

He also reaffirmed what the WBA has reported on previously about Santa Cruz and Avalos having met each other before in the amateur ranks and in the gyms.  He only had to say that “This is not the amateurs; it is now the professional ranks.”

Leo ended the final press conference by thanking everyone who showed up and that the fight itself was going to be fireworks.  He said that the best version of himself is yet to be seen but would be unveiled this coming Saturday. 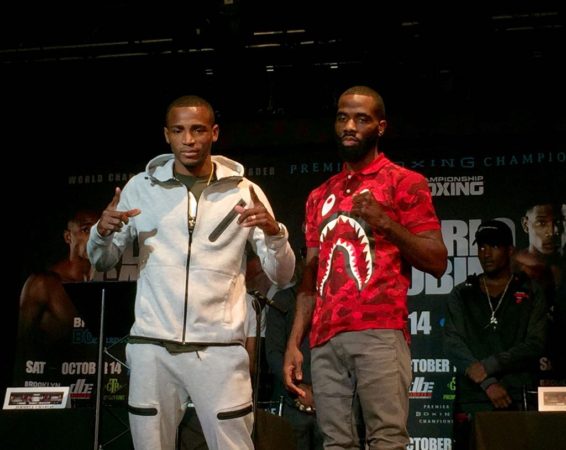