The peculiar and fierce rivalry between two boxers has been a consubstantial and interesting part of the discipline, for decades, perhaps since the moment it became professionalized and hasn’t stopped, as we have seen in these days of convulsion by the pandemic in which the normal rhythm of world sport has been altered. In spite of such a situation, boxing organizes programs in various places, especially in Las Vegas, Nevada, where Bob Arum’s Top Rank puts on quality shows every week even when there is no audience, with the application of the necessary safety protocols for the staff working in them.

Back to the rivalry between two fighters, as mentioned at the beginning of this note, we have brought back the names of some fighters who met several times in a ring to fight fiercely, encouraged by that particular antagonism.

These include the heavyweight clashes of Joe Jeannette-Sam Langford (they fought 15 times); Jeannette versus Jack Johnson (8 times) in the early 1900s; featherweights Willie Pep and Sandy Saddler (4) between 1948-51; Joe Louis and Max Schmeling, twice, in ’36 and ’38; “Sugar” Ray Leonard and Roberto Duran (3); Muhammad Ali and Ken Norton (3) and Joe Frazier(3); Aaron Pryor and Alexis Argüello (2); Duran against Esteban De Jesus (3): “Sugar” Leonard- Thomas Hearns (2) in the 70-80’s and finally in this century the memorable ones of Philippine Manny Pacquiao and Mexican Juan Manuel Márquez. They drew in the first (8/5/04), Pacquiao won by a controversial SD (15/9/08), and by 2-1 (12/11/11), and the Mexican defeated the Philipine in the sixth round, when he was losing on points, with a brutal right punch that left PacMan unconscious for several seconds, on December 8, 2012.

NONE LIKE THE ROBINSON-LAMOTTA
However, above all those mentioned, it is irrefutable that boxing does not have in its historical pages an animosity similar to the one shown by middleweight “Sugar” Ray Robinson (Walker Smith, his name) and Jake LaMotta, “The Bronx Bull”, in the 40s and 50s.

In the opinion of a notorious majority of yesterday’s reporters -as well as fans, trainers and professional colleagues who saw him fight- Robinson has been the most “oiled” boxing machine that has ever been in a ring, and the “Best Pound for Pound” boxer of the past century and of history.

Their first match took place on October 2, 1942 at the Madison Square Garden, in 10 rounds. Robinson went up to 35-0, and the rival showed 25-4-2. Robinson, a vortex of speed and skill, imposed both virtues to which he added his classic 1-2 to the head and body to take the unanimous decision.

In the second one, 5/2/43, Robinson was ahead in the seventh, but LaMotta “caught” him with a devastating left hook to the chin. The bell saved Robinson at 9″, but the ruling was for LaMotta by 52-47, 57-49, and 55-45, under the point system that gave 5 points to the winner of a round. With this ruling, the undefeated record that the one from Georgia had spun also fell, with 85-0 in the amateur -which included titles in Golden Gloves tournaments-, and 40 consecutive successes in the professional field. That is, an unmatched string of 125 wins in a row without the stain of a setback.

Robinson won by decision in the third fight, 21 days later again at the Olympia; and in the fourth, at the MSG on February 23, 2 years later, he survived a dramatic fall in the third round and won by points. He closed the cycle with his fourth victory, on September 26th of the same year, at the Comiskey Park in Chicago, for LaMotta’s middleweight championship, in a battle called “The St. Valentine’s Day Massacre”.

In Robinson’s four victories, the six-foot boxer appealed to an invariable recipe: the fast one-two, and at times backing up hitting non-stop, while LaMotta behaved as the fighting animal he had the nickname for, never letting his guard down.

In her career, “Sugar” lost only one fight by KO, in a violent title fight against light heavyweight Joey Maxim at the now-demolished Yankee Stadium. A dehydrated Robinson, victim of the almost 40°C heat. It is anecdotal that the “opening” referee, Ruby Goldstein, had to be replaced by Ray Michell in the 10th round, something that as far as anyone can remember had never happened before. Robinson was ahead by a wide margin when he collapsed in the corner in the 13th.

To close this note, we have a witty and well-publicized quote from LaMotta when talking to a journalist about his five battles against Robinson: “I fought Sugar Ray Robinson so many times, it’s a wonder I don’t have diabetes”.

Canelo returns to the ring on December 19 against Callum Smith 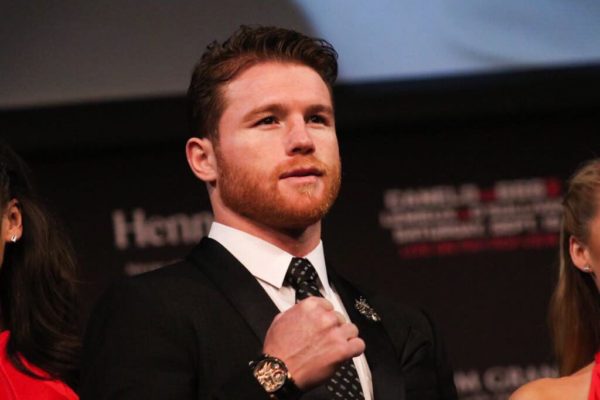