Michel Rivera and Frank Martin will fight for the World Boxing Association (WBA) lightweight eliminator on December 17 at the Cosmopolitan in Las Vegas, Nevada.

Both WBA qualifiers will be looking for a world title shot in a bout between two young, undefeated fighters that will give great status to whoever comes out on top.

Rivera is a prospect with great qualities who has been on the rise and has won good fights. The 24-year-old Dominican has a good punch, knows how to fight at a distance and takes advantage of his physique to dominate his opponents in the ring.

Martin, 27, is a good puncher who has knocked out five of his last six opponents. He also knows how to go the distance and win long fights, making him a dangerous opponent who knows how to adapt to situations.

Rivera is undefeated in 24 fights, with 14 knockouts, while Martin comes into the fight with 16 wins, 12 of them before the limit.

Crews-Dezurn, Choi and Serrano are the first women confirmed as guests at the WBA Centennial Convention 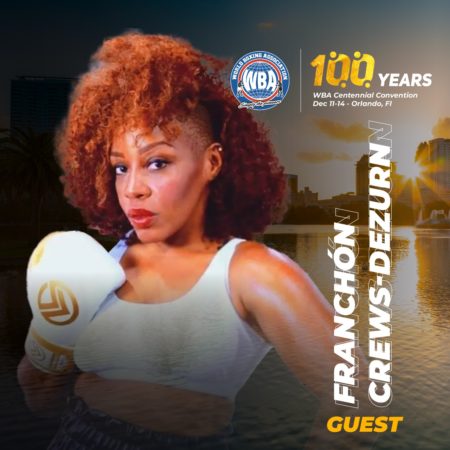