The final press conference before Saturday’s bout between Hannah Rankin and Terri Harper took place on Thursday in Nottingham, England. Both women will fight for the World Boxing Association (WBA) super welterweight crown next Saturday and are anxious to get in the ring.

The champion Rankin and her challenger Harper spoke to the press and gave their impressions about a fight that generates many doubts and expectations.

For the champion, her only goal is to be successful in this fight. She knows that her challenger has been moving up a couple of divisions and believes that will work against her.

“Terri is not big enough to be at this weight. She will find out this Saturday night,” said the Scot.

For her part, Harper is motivated by the challenge and wants to be a champion again: “I’m excited. I’ve really enjoyed this camp. I have the opportunity to become world champion again. The fire is burning.

Having completed this activity, now they only have to step on the scales this Friday, where both must be at or below 154 pounds. Once this step is passed, they will be qualified to dispute the black and gold crown. 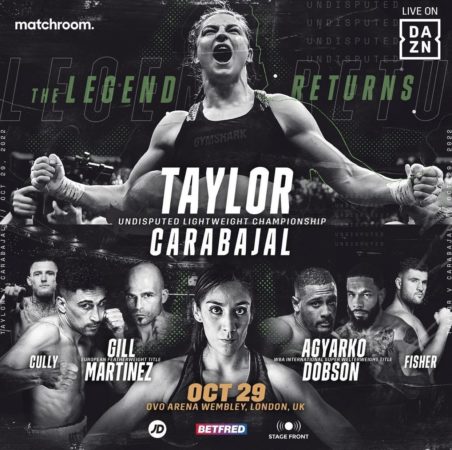