In the magna evening of the KO Drugs Boxing Festival of the World Boxing Association (WBA), Mexican (Chiapa), Emanuel “pollo” López, will fight Colombian, Carlos “batey” Padilla, for the WBA Super Featherweight interim Championship, this Saturday, at the Meso-American Fair of Tapachula, Chiapas, Mexico. The bout will be broadcast by Azteca 7 in Mexico and UniMas in United States.

In addition to the duel between Lopez and Padilla the Jalisco fighter “Tapatia Princess” Joselyn Arroyo (17-0, 7 KOs will fight ten rounds for the WBA flyweight interim title against Capital’s Maribel “Pantera” Ramírez (12-7, 5 KO’s).

Rodriguez, who has already been minimum world champion, has won his last three fights and, in if he beats Buitrago he could receive a title chance this year.
In a fight of undefeated, American Roman Morales (19-0, 10 KOs) will fight against Sinaloa Eduardo Ramirez (12-0-2, 6 KOs) for ten rounds in the Super Bantamweight.
In welterweight, Alejandro “Elegido” Barrera (24-2, 17 KOs) fights “Juanito” Juan Montiel (15-1 – 1, 15 KOs) in a fight that must be explosive.

With a warm climate, the city of Tapachula belongs to the State of Chiapas, with a little more than 200,000 inhabitants. Tapachula is the most populous city in the Soconusco and the second in the State after the capital, Tuxtla Gutiérrez; has an economy based on cattle rising, agriculture, communications, tourism and finance.

Among promoters attending the festival, are Greg Cohen, Gary Shaw and the international matchmaker, Ricardo Rizzo.

Tapachula is a city rich in culture and history, since it was site of important political events of Chiapas and of Mexico. Also, it has a population that is culturally diverse in races and wisdom. Its people are known as people’s open to visitors.

Drink a delicious coffee in its crowded restaurants, located in the Miguel Hidalgo Park and Central Square, listen to the classical marimba, are essential to the visitor activities. Also, tour to the Park bicentennial that embellish the municipality of Tapachula with its gardens, games of lights and fountains.

The Mesoamerican International fair of Tapachula , that takes place during the month of March, with agricultural livestock and commercial exposure, is the most notable cultural event of the year. The WBA KO drugs Festival is taking place this week, under the framework of this important regional event. 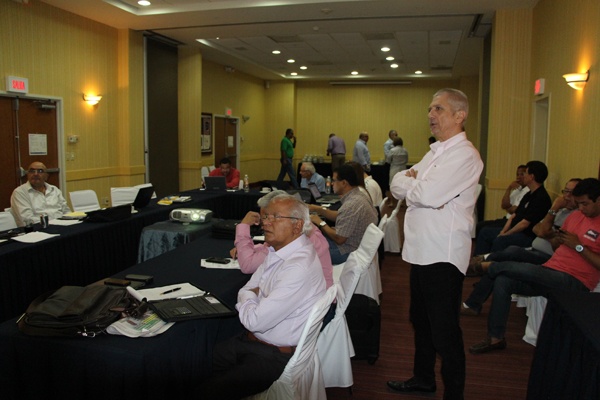