The Dominican Juan Carlos Payano dethroned the bantamweight 118 pounds super champion of the World Boxing Association, Panamanian Anselmo “chemito” Moreno, winning by technical decision when the bout was stopped in the sixth round, on Friday at the Mesquite, Texas.

Moreno was defending his title for the thirteenth time, however, the Dominican ruined his plans and from the first bell he beat the world champion.

Payano was tireless, always on top of Moreno, did not give him any space to show off his renowned defense. Pressing at all times, forcing the bout on short distance and causing clinches. Payano made the champion look vulnerable and haggard and uncomfortable.

An unintentional headbutt in the second round, produced a vertical cut on right eyebrow of Payano. It was checked by the doctor on that momento, and up to the sixth round, when he said that he could not continue. The wound did not stopped bleeding. 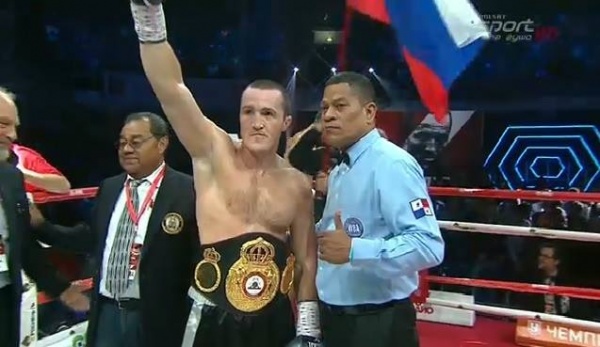