Bernard Hopkins and Sergey Kovalev both made weight for their light heavyweight unification bout, with Hopkins coming in at 173.5 pounds and Kovalev at 174.5 in advance of their fight Saturday night on HBO from Boardwalk Hall in Atlantic City.

Hopkins became the undisputed middleweight champion way back in 2001 when he stopped Felix Trinidad, and he went on to twice become the true light heavyweight champion. He upset Antonio Tarver in 2006, defending it once successfully against Winky Wright before dropping a split decision to Joe Calzaghe in 2008.

Hopkins went on to win fights against Kelly Pavlik and Enrique Ornelas and a rematch with Roy Jones before challenging Jean Pascal in late 2010. Pascal had started a new championship lineage when he topped Chad Dawson, and he was able to put Hopkins on the canvas twice, yet Hopkins adjusted and held Pascal to a draw. Their rematch in May 2011 saw Hopkins win clearly, making the old man the new champion.

He proceeded to defend it with a “no contest” against Dawson that ended on a freakish injury, but lost a decision to Dawson in their April 2012 rematch. Yet early last year, Hopkins won the International Boxing Federation world title by outpointing Tavoris Cloud, defending it later in 2013 against Karo Murat. He topped Beibut Shumenov in April to unify with the World Boxing Association belt, then seemed destined to face lineal champ/World Boxing Council titleholder Adonis Stevenson (who’d knocked out Dawson).

Stevenson-Hopkins wasn’t made, and so Hopkins moved from Showtime to HBO to face Kovalev, who had built his own reputation as one of the top guys at 175 and who also held the World Boxing Organization’s belt.

Kovalev, a 31-year-old originally from Chelyabinsk, Russia, but now fighting out of Fort Lauderdale, Florida, won that belt in August 2013 with a four-round drubbing of Nathan Cleverly. He’s defended it with knockouts of Ismayl Sillakh, Cedric Agnew and Blake Caparello, moving to 25-0 with 23 KOs.

He’d pursued Stevenson, who went to Showtime earlier this year and seemed more interested in the possibility of facing Hopkins. Kovalev ended up with a big fight, though, and Hopkins himself. 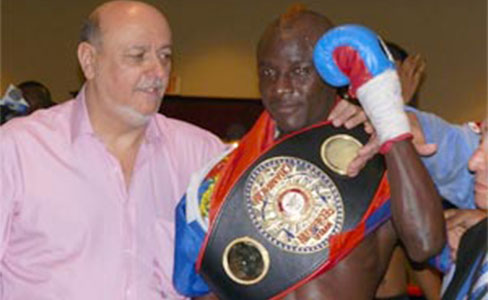