A frenzied partisan crowd of 1200 packed the tent on the Malecon Terrace at the Hotel Sheraton Santo Domingo for the WBA’s XXIX KO Drugs festival Saturday night. Several WBA title fights were held, those of the interim and regional variety, with plenty of international flavor to go around. It was a mixed bag of results for the home town crowd as Dominican Dahiana Santana brought home the female interim featherweight title by out hustling Colombian Francia Bravo over twelve, while Colombia returned the favor as Darleys Perez shocked previously undefeated Argenis Lopez in twelve to snatch the interim lightweight belt.

Colombia’s Darleys Perez stunned the crowd with a comfortable unanimous decision over Dominican Republic’s Argenis Lopez by scores of 117.5-111 and 116.5-112 twice. At times it looked like more of an ice skating contest as both corners drenched their fighters with so much water between rounds, both fighters were slipping and sliding during the latter half of the bout. Still, the big punching Perez pressed the action, but often ate crisp jabs from the slick Lopez for his troubles. Lopez seemed to tire a bit down the stretch, often posturing and holding his hands out after pushing Perez away. Lopez was also the one who hit the deck on a few occasions courtesy of the flooded ring. It appeared the bout might be closer than the scores indicated, but the judges were consistent, only differing by one point total. Perez moves to 30-1, 19 KOs, while Lopez loses his first at 19-1, 7 KOs.

Dominicana Dahiana Santana used the ring very well as she outmaneuvered Colombiana Francia Bravo over 10 two-minute rounds to grab the WBA’s female interim featherweight belt. It was like matador and bull as the shorter, stocky Bravo tried in vain to catch the taller, slender Santana throughout the bout. There were few even exchanges as Santana elected not to engage in such dangerous tactics. The judges credited Santana with effective ring generalship however and saw matters ending with a 99.5-92 and 100-90 twice verdict. Santana now moves to 33-6, 14 KOs, while Bravo goes to 16-3-2, 9 KOs.

Novice Israel Valerio toyed with fellow Dominican Gregory Estevez over six one-sided rounds via a straight 60-54 rout on all three cards. Valerio moves to 4-0, 3 KOs, while the hapless Estevez continues his streak at 0-5.

Somebody’s “0” had to go in a battle of big punching, undefeated middleweights as Russian Fedor Chudinov collided with Dominican Andy Perez for the WBA Fedecaribe super middleweight title.
Perez seemed the faster big puncher while Chudinov appeared content to take whatever Perez dished out, as if waiting for his chance. After eating some blistering blows right quick, Chudinov dumped Perez on the deck late in the opening round. With the bell saving him from an immediate follow up, Perez confidently picked up where he left off, delivering crisp power shots to Chudinov’s head, only to find himself on the deck again in the neutral corner, courtesy of another well-timed Chudinov counter combination. Again, the bell prevented further damage to Perez. In the third, Chudinov decided not to waste so much time, ending matters with another left hook, straight right to the head that dropped Perez for a third time in as many rounds. Despite getting up, Perez didn’t convince referee Roberto Ramirez Jr. that he had any chance of remaining upright for much longer, as Ramirez Jr. waved it off at 1:04 of the third. Chudinov picks up the Fedecaribe belt, moves to 11-0, 9 KOs, while Perez suffers defeat for the first time at 19-1, 18 KOs.

Local boy Norberto Jimenez went up against Panama’s Julio Escudero over eleven rounds for the vacant WBA Fedelatin super flyweight title. This was an entertaining bout as the two evenly matched speedsters exchanged punches from the get go. As the bout progressed, Jimenez showed he had just a little more speed both on offense and defense. Escudero wasn’t without his moments though, as he popped a clowning Jimenez more than once to the head. Jimenez for his part concentrated on Escudero’s body, perhaps a little too much, landing several low blows and drawing several stern warnings from referee Luis Pabon, though no points were taken. Jimenez lost his mouth piece on at least three occasions as well, once purposely spitting it out while the ref was in a blind spot, as it appeared Jimenez needed a breather. Escudero couldn’t close the gap and endured a 108-102, 109-100.5 (x2) loss to Jimenez, now 19-8-3, 10 KOs. Escudero falls to 15-4-1, 11 KOs.

The WBA used its half-point scoring system throughout the night, an effort to prevent draws.

WBA Executive Vice President Gilberto Jesus Mendoza shook off four years of ring rust to return to combatant-for-cash as he took on former multi-division champ Joan Guzman in the traditional charity fundraiser exhibition. Mendoza, in noticably better shape due to his recent fitness regimen, decided to go shirtless for the first time whereas the hefty Guzman opted for more cover. Neither wore head gear either. Despite his added girth, Guzman was incredibly agile, dipping and squatting low, to avoid Mendoza’s serious blows. Mendoza grited his teeth, putting on pressure with body blows, driving Guzman to the ropes at times. On more than occasion, pride and competitiveness kicked in, and a few decent shots landed to the head during one exchange against the ropes. No blood was drawn, but in the end, $5000 was raised for the Dominican Republic’s anti drug youth campaign.

More to come as the KO Drugs festival continues into the wee hours of the Dominican Sunday morning. Full report by Monday. 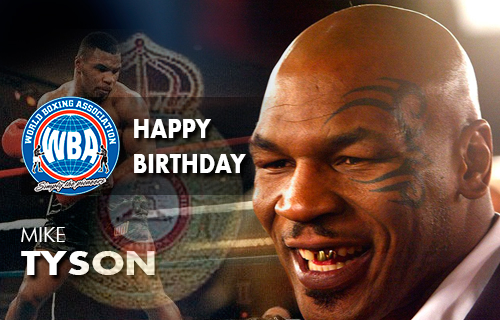