Happy birthday to the boxing figure Mike Tyson, who is celebrating his 48th birthday, so the family of the World Boxing Association sends its best wishes on this day.

Tyson was borin in Brownsville Brooklyn, NewYork, in 1966. He had a hard childhood andthat managed to overcome thanks to the sports. He made his professional debut at the age of 19, and forge himself an outstanding career.

With 27 fights he had his first title opportunity against the Jamaican Trevor Berbick, for the WBC title at the age of 20 years and 22 months. He is still the youngest world champion.

In his next fight was for the WBA championship with James Smith and then won the IBF title when he defeated Tony Tucker.

He kept his championship belts from 1987 to 1990, he was defeated for the first time before James “Buster” Douglas.

On 1996 he regained his WBC and WBA belts although for for a short period of time.

Congratulations to a great champion, who managed to successfully beat their rivals and overcome the obstacles that life has always put you on the road. 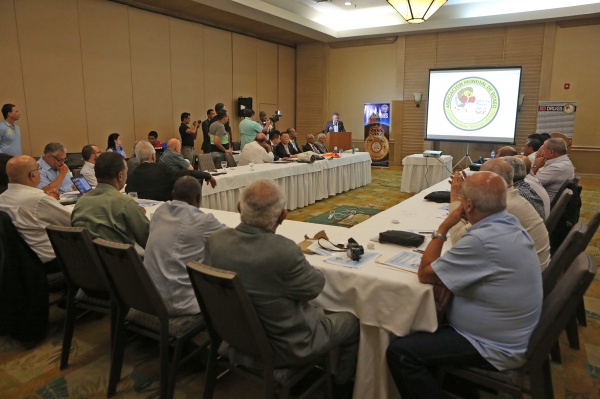