Jean Pascal demonstrated, once again, what experience is worth in a boxing ring and used all his tools to win a technical decision victory over Marcus Browne and snatch the Light Heavyweight Interim Title of the World Boxing Association (WBA) this Saturday night at the Barclays Center in Brooklyn, New York.

An unintentional head clash in the eighth round caused a cut in Browne’s eyelid and the fight had to go to the cards, in which the three judges had Pascal up 75-74 after knocking the champion down three times.

Although Browne looked better in the first rounds and used his jab masterfully to keep the Canadian at bay, Pascal knew how to find space to take advantage of his right hook and send the American to the canvas once in the fourth round and twice in the seventh round.

Throughout the fight Browne was unprotected in exchanges in short distance and Pascal took the opportunity to get his powerfull punches going. Although he was not dominating the entire course of the fight, the 36-year old veteran was putting on pressure and hurting Browne, who began to get confused as the fight progressed.

For the eighth round, a clash of heads near the ropes occurred as in any match in which there is a marked height difference and in the event of accidental collision, it had to be decided by the technical route. Pascal was left alone in the ring to hear the decision, as Browne had to leave to be treated for his injuries.

The native of Haiti, of Canadian nationality got the 37th victory of his career while he has lost 6 matches and has drawn once in addition to collecting 20 knockouts. Meanwhile, Browne lost his undefeated record and now has 23 wins, 1 loss and 16 won by way of stoppage.

Joshua vs Negrete for the WBA-International belt this Saturday 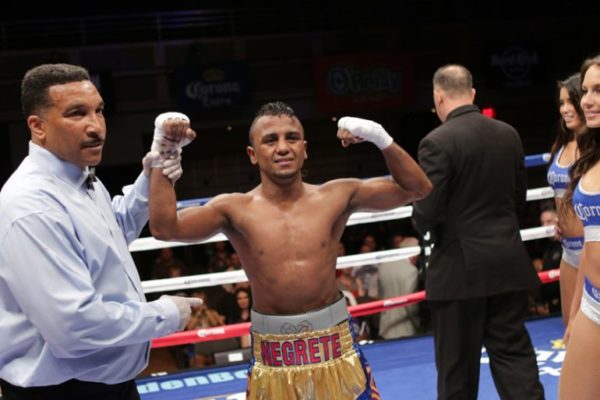