Vergil Ortiz Jr. once again made it clear that he is one of the most impressive welterweight fighters and demolished Michael McKinson with a 9 round technical knockout in their World Boxing Association (WBA) eliminator on Saturday.

The American was the star of the night at the Dickies Arena, in Fort Worth, Texas and was forceful with his body work to defeat the British and take away his undefeated record.

At the beginning it was hard for him to adapt to his opponent’s style and he had to deal with a cut on his left eyelid early on due to an accidental headbutt, but Ortiz began to grow as the rounds progressed and to establish his dominance.

In the eighth he sent McKinson to the canvas with a punch to the midsection as his first warning. Then, in the ninth, he repeated the dose and the British fighter got up again, but after Ortiz’s punishment, his corner decided to stop the action.

Now Ortiz will be looking for his title shot and remains undefeated after 19 fights, all won by knockout. McKinson has a record of 22 wins and 1 loss. 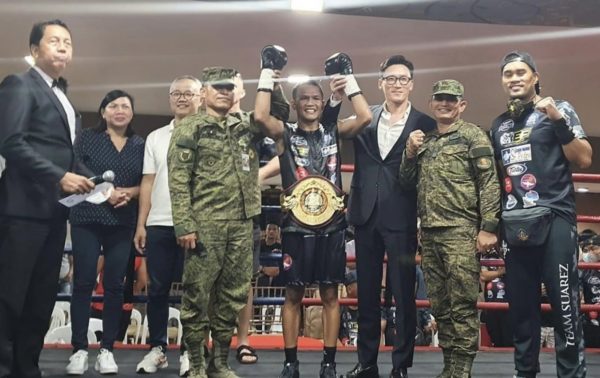