Edivaldo Ortega (26-1-1, 12KO’s) came in at 125.6lbs while Jhack Tepora came in at 125.4lbs today in Malaysia.  They will be fighting for the interim featherweight belt of the World Boxing Association (WBA).

They will be fighting on the mega billboard fight card featuring the Argentinian Lucas Matthysse and the Filipino Manny Pacquiao this Saturday in Kuala Lumpur, Malaysia.

Both fighters have fulfilled all the promotional activities prior to the engagement and the most recent was the final press conference, in which both were present and said they felt good and ready for what will be their important fight that will take place during the schedule Sunday morning in the Malaysian capital, which will mean Saturday night for America.

“I am very happy for this opportunity. We come to conquer Malaysia and win this world championship, “said Ortega. “I am confident because I did a great preparation of three months. I come to win by any means but I will look for the knockout to leave no doubt,” continued the native of Tijuana.

Tepora was very restrained in his speaking but said he was prepared and eager to get the belt. He is closer to home than his rival and the time zone plays to his favor, although he will have a tough Mexican warrior in front of him. 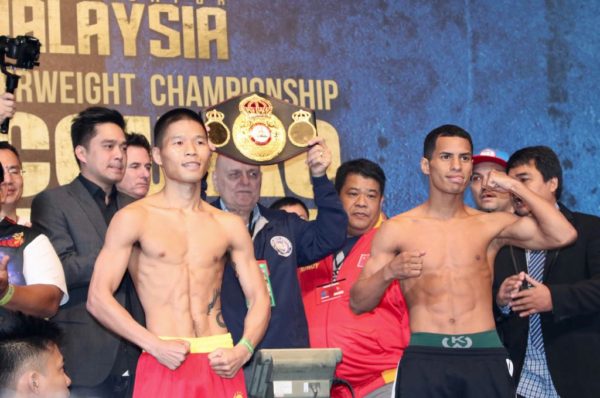