Canizalez will defend the crown that he won on March 18th against Reiya Konishi of Japan.  Canizales won a unanimous decision over twelve hard fought rounds, handing Konishi the first defeat of his professional career.

Bin Lu, who is ranked 12th in the division, will seek to make history via surpassing boxing star Vasyl Lomachenko, who tried to crown himself as champion of the world in 2014 in his second professional fight but came up short against Orlando Salido.

Lu has very fast hands and is aggressive from the southpaw stance while Canizales is a sturdy veteran that will counterpunch at times if you press him hard, but the champion puts his punches together very well and is a straight hitter.  This figures to be a very interesting matchup to see if Lu can unseat the champion and surpass Lomachenko as the quickest professional to win a world title.

Matthysse and Pacquiao ready and make weight in Kuala Lumpur 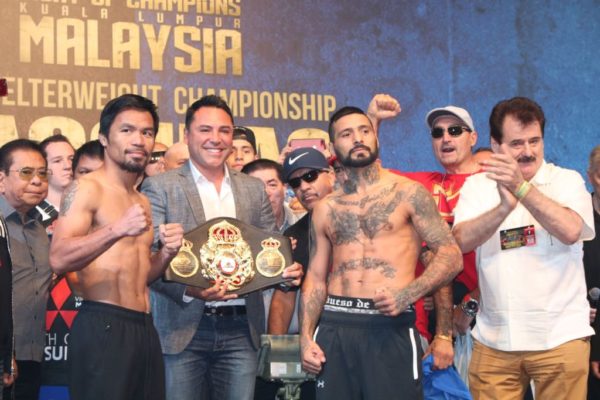