The bout between World Boxing Association (WBA) women’s bantamweight champion Jessica Nery and WBC monarch Kim Clavel, which was to take place this Thursday in Canada, had to be postponed to next January 13 due to health problems of the home fighter, according to the promoter of the event.

Yesterday both were to go through the scales at the official weigh-in for the fight but Clavel registered an increase in her body temperature that had to be checked by the medical team. Although the Canadian wanted to go ahead, in the end she accepted the doctors’ recommendation and withdrew from the fight.

They will now have another six weeks to recover their condition and arrive in the best possible shape for the fight at the beginning of 2023. Both fighters have a lot at stake in this fight as it is their chance to become unified champions and give a new dimension to their careers.

Bivol awarded as WBA Boxer of the Month 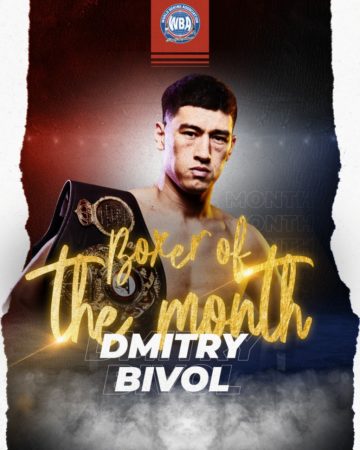