Naoya Inoue has earned the honor of World Boxing Association (WBA) knockout of the year award, after his sensational finish in the very first round against Juan Carlos Payano.

The fight took place at the Arena in Yokohama, Japan, and was the first round in the World Boxing Super Series (WBSS) for bantamweights with Inoue coming in as the second seed in the tournament, while holding the WBA World Bantamweight Champion status.

The fight only lasted 70 seconds, with Inoue landing the first right hand he threw a minute into the round that cracked the chin of Payano and put him down for the ten count.

With this first round knockout Inoue scored his 17th professional victory and 15th via knockout as he defended his World Boxing Association (WBA) World Bantamweight Title for the very first time.

Inoue continues to impress all boxing fans, as he came into the fight with a similar destruction of longtime reigning WBA champion Jamie McDonnell in May.

Inoue now looks to face Emmanuel Rodriguez in the next round of the tournament, and the WBA would like to congratulate him on his accomplishments and earning the distinction of the WBA knockout of the year award.

Lomachenko vs Linares wins WBA fight of the year 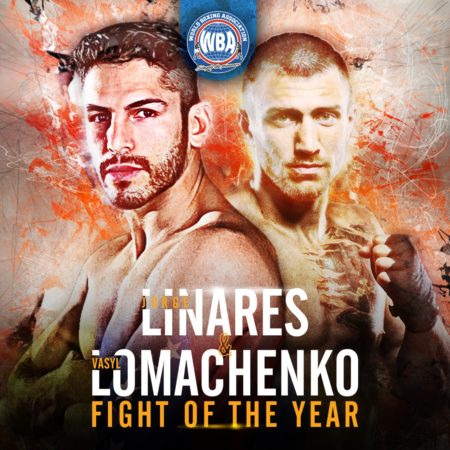