Martin Murray and Nuhu Lawal will face off for the vacant WBA Continental middleweight title over a scheduled 12 rounds at the Salle des Etoiles in Monte Carlo this Saturday, the 12th.

Lawal is a late replacement for Dmitrii Chudinov, who pulled out due to illness. An injured Arthur Abraham, Murray’s original opponent, also gave it a miss. Abraham beat Murray by split decision in November 2015, thus successfully defending his WBO World super middleweight championship.

Fighting out of Germany by way of Nigeria, 34-year-old Lawal is an undefeated five-year ring vet (23-0, 13 KOs). Twelfth-ranked by the WBA, he won that sanctioning body’s then-vacant Inter-Continental middleweight title in his most recent fight, this July, by knocking out Istvan Szili in the sixth.

Murray is looking to get back into contention for a world title, following his disappointing loss to Groves.

“Four weeks before I boxed George, I was flying in the gym,” says Murray. “If I’d fought him then, the outcome would have been completely different. I peaked and then I got ill.”

“The desire and hunger is still there,” continues Murray, “and I know I am only one win away from getting another shot.” 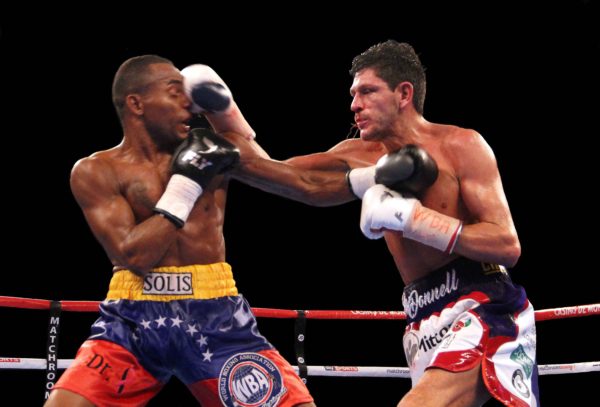