The champion, fighting out of the red corner in white trunks with red and blue trim, was defending the title he won in 2014 with a TKO victory over Tabtimdaeng Na Rachawat for a fifth time.

The challenger, fighting out of the blue corner in blue trunks with red and gold trim, got off to a fast start and drew first blood in the first round from McDonnell’s nose in a terrific give-and-take fight.

McDonnell came into his own in the second half of the fight as Solis began to tire.

The final round was among the best of the year as the two men went at it at the bell.

After the fight McDonnell said, “We wanted a hard 12 rounds,” which was exactly what he got. 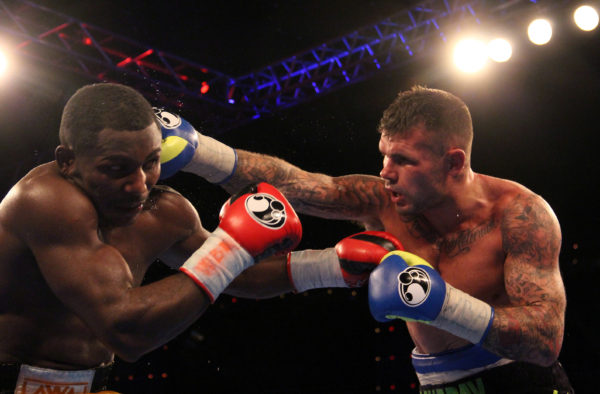