Last Friday at the Ota City General Gymnasium in Tokyo the Englishman Jamie McDonnell, who was undefeated for the last decade, lost by technical knockout in the first round just 112 seconds after starting the fight to the Japanese fighter Naoya Inoue. This would have been his sixth defense of the World Boxing Association (WBA) Title.

In his dressing room after the contest the dethroned champion Jamie McDonnell, who praised the hard punch of Inoue, held a meeting with the press and said “My rival is really strong. I can not help but admire Naoya Inoue, who is a great world champion. I think he is the most powerful bantamweight fighter in the whole world. His left hook is impressive as well,” and added: “This is my last fight in the bantamweight limit, I’m going to go up to super bantamweight. Before this fight with Inoue, I thought about entering the 122 pound class but they gave this great opportunity to fight in Japan and that’s why I decided to stay at 118 pounds for one more fight. My wish was to participate in the World Boxing Super Series after winning this fight. Now I think Naoya Inoue is going to be the winner in that tournament.”

McDonnell stressed that, for him, the Japanese gladiator is one of the best boxers in the world pound for pound and says that this version of Inoue would be able to do very great things for the history of this sport and for that reason he had no chance to come out of the fight with his hand raised.

The English promoter Edward “Eddie” Hearn was next to the dethroned British puncher and explained that he greatly sacrificed to make the weight class and that this also played against him but he considered that making the weight is a sign of the responsibility in what McDonnell enjoys about the sport.

Now the European boxer maintains his aspirations to achieve great things at 122 pounds and says that he has nothing to regret, as he fell to the best fighter of the bantamweight class. 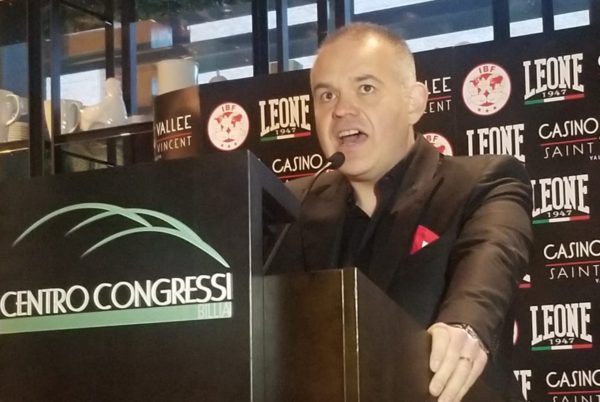