With the passion in the gloves, Marlén Esparza and Naoko Fujioka gave a vibrant fight to the audience at the Alamodome in San Antonio, Texas. The decision was unanimous in favor of Esparza: two cards of 100-90 and one of 97-93 in her favor to become the new flyweight champion of the World Boxing Association.

In addition to the congratulations for the victory to the champion, the representative of Japan, Naoko Fujioka, has a recognition from the fans of the noble art and the pioneer entity: at 46 years old and after having reigned in 5 weight divisions, Fujioka looked in great shape on the canvas and gave an exquisite sporting display.

The fight was physically demanding. Attention could not be diverted for a second from the action. When one of them was right, the answer came immediately. The tension of the exchanges in the center brought the audience to its feet.

With the final bell, Esparza managed to unify his WBC belt with the WBA belt at 112 pounds and was awarded the belt of the category by The Ring. This prestigious belt was the first to be awarded to women’s bantamweights.

In this way, the Olympic medalist from North America increased her record to 12 wins, 1 loss and no draws. 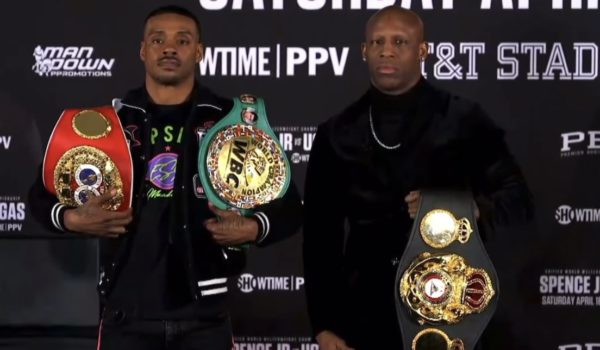