Both fighters are ready for action and eager to show themselves on the premier network, under their Premier Boxing Champions banner.

Erislandy Lara is ready to prove that he is still a very underrated fighter, saying “On Oct.14, I will show why I’m the No. 1 fighter in the division.”

Lara is such a seasoned veteran that it would seem even training camps come natural to him at this point, calling it “just another day at the office”.  Despite that ho-hum approach he does plan to woo the audience and showcase his Cuban boxing skills.

Lara also reiterated that he will clean out the super welterweight division despite looking for more big fights at middleweight down the road.  He said he would love to unify and win all the belts, adding “Hopefully one of these young guns will step up to the plate and fight me.”  Interesting thing to say considering he is fighting one of them.

Lara has some hometown pride cooking in Houston – as it was previously reported by the WBA that he has been taking time out of his training camp for relief efforts due to the destruction of hurricane Harvey.

“It’s very important to bring this world title back to the people of Houston. There’s been a lot of tragedy in Houston, and I hope with this win it brings just a little bit of joy to my fans and people going through a hard time.”

On the flip side of the coin, undefeated American Olympian Terrell Gausha believes that it is his time to shine, saying “It’s time for the young guys and Olympians like me, Errol Spence and Rau’Shee Warren to take over. It’s our time.”

Gausha has not had a thrilling victory front and center for the public eye just yet but believes that this is going to be his moment, his night.

Gausha has said multiple times of late that he is going to use the pressure of this big event to his advantage; to rise to the occasion.  No doubt an event of this magnitude for the coveted WBA super world title can force a man to rise to a new level.  He will also have many friends and family members traveling to se this big moment for added support.

“I’ve got a huge support system in Cleveland and my mom has a busload of people coming to see me. To have fans like that come and support you makes you want to dig down deep and get that win.”

The stage is set for a historic night of boxing this Saturday as we will be getting a treat between these two fighters that involves the slick Cuban style of boxing versus the American version of unique boxing that Gausha possesses. 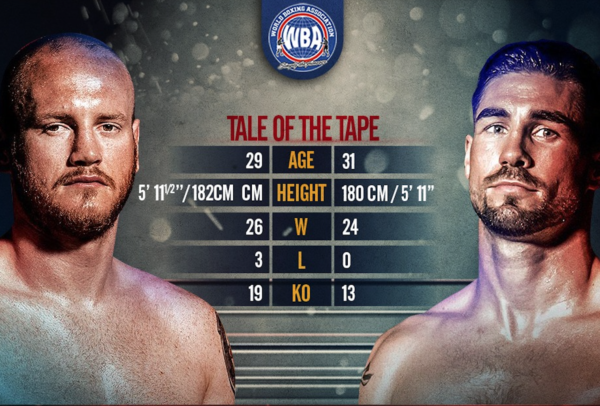