Gabriel Maestre and Mykal Fox came face to face at the press conference prior to their fight this Saturday in Armony, Minneapolis. Both will step into the ring to fight for the WBA interim welterweight title and talked about their expectations for the bout.

Maestre is a two-time Olympian who declined to go to Tokyo 2020 to fight Fox in the United States. The Venezuelan is focused on winning the black and gold belt, something he has worked tirelessly for in recent years.

The 34-year-old fighter said he feels in his best physical shape after having done a great preparation in Colombia under the guidance of trainer Jorge Zerpa. Maestre will be fighting for the interim title in his fourth professional fight, but he stressed that he feels ready and that his experience in amateur boxing will weigh in on Saturday night.

For his part, Fox was confirmed as an opponent a few days before the showdown but it is not a situation that he considers a disadvantage because he had been working in anticipation of an opportunity like this. The lanky fighter said he is ready to be WBA interim champion and break the South American’s undefeated record.

Now all that remains is to step on the scales this Friday afternoon. The weight of the division is 147 pounds and once they get it, they will be ready to dispute the crown. Maestre has three knockouts in as many fights while Fox has 22 wins, 2 losses and 5 knockouts. 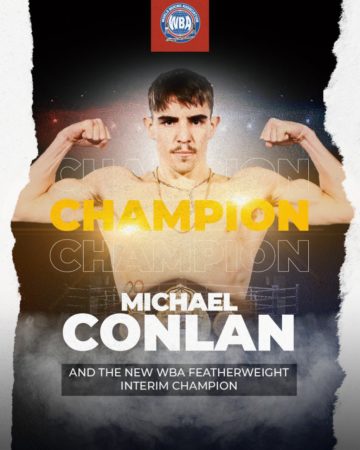