Lucas Browne will challenge Ruslan Chagaev for his WBA World heavyweight title over a scheduled 12 rounds at Colosseum Sport Hall in Grozny, Chechnya, on Saturday, March 5.

Second-ranked by the WBA, 36-year-old Browne is an undefeated seven-year pro (23-0, 20 KOs) who won the vacant WBA Inter-Continental heavyweight title in August 2014 by beating Andriy Rudenko via unanimous decision. Born in Auburn, New South Wales, Australia, but fighting out of Sydney, hard-hitting “Big Daddy” most recently fought last August, knocking out Julius Long in the ninth.

Born in Andijan, Uzbekistan, but fighting out of Hamburg, Germany, 37-year-old Chagaev turned pro in 1997 (34-2-1, 21 KOs), winning the then-vacant WBA World heavyweight title by beating Fres Oquendo via majority decision in July 2014. “White Tyson,” a southpaw, most recently fought this past July, knocking out Francesco Pianeta in the first.

In an interview with Anthony Wheeler, Browne predicted that Chagaev “will come forward like he always does and I hope to use my reach and strength to keep him off.” Anticipating “a good war,” the Aussie is “prepared to go 12 rounds.”

Should all go well against Chagaev, Browne would love to knock Deontay Wilder’s “head off his shoulders.” The WBC World heavyweight titlist, said Browne, is “a real smart ass and isn’t all that talented either.”

Fighting words, but up next…Chagaev. 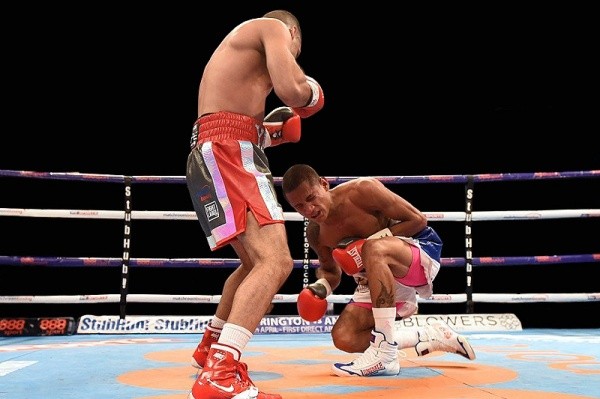